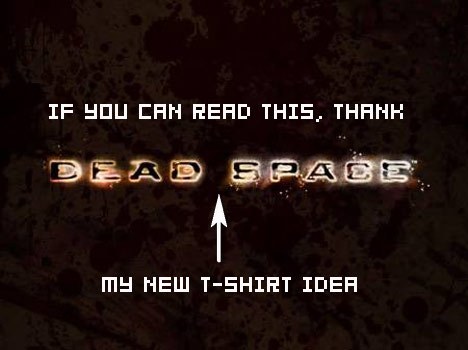 With each passing generation of consoles, cutting-edge graphics have been the delight of many. Unfortunately, there have been some nasty side effects for others: those still living in the standard-definition land of TV viewing have had to squint their way through countless games when it comes to text, maps, or both.

I’ve never been the type to question progress, yet I have wondered on numerous occasions why some developers have seemingly forgotten that not all of their customers have taken the high-definition plunge — regardless of whether or not their consoles have that capability. Whatever happened to making sure that a product was the best that it could be for all who played it?

Anyway, we can take solace in knowing that at least one game (Dead Space) will cater to the whole, instead of the few. According to MTV’s Multiplayer blog, EA has been making sure to include various SDTVs in the testing process while developing the game. As someone who still has a few of these around the house myself, my hat goes off to the team for doing this. Now if only they would pass this on to everyone else, I (and many others) wouldn’t have to worry about repeating that Dead Rising experience ever again.