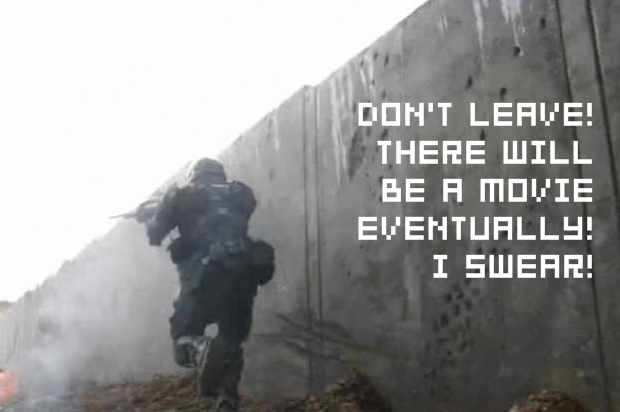 If I had to choose one word to describe the whole Halo movie debacle it would be drama. The movie has been killed and brought back more times than Freddy Kruger. As of right now the movie has been completely and totally scrapped and that has been confirmed by everyone involved. Of course new rumors will eventually surface about another movie in the works and eventually Halo is going to make it to the big screen — it’s too big a deal not to. However, one man will not be there when it does.

Neill Blomkamp, director of the upcoming District 9 and those Halo shorts we all saw, says he wouldn’t return to the project even if the opportunity arose. Speaking at SDCC he said, “I probably wouldn’t do [the] Halo [movie] if it was offered to me… Creatively, I would like to do it. It’s kind of like I’d be sad to not work on it, but I would still say no. I worked on it for five months…I put a lot of sort of sweat and blood into Halo. Creatively, it’s very compelling. I love it. But, when you work that long on something and you have it bottom out and collapse…”

I assumed he trailed off into his own head there thinking of all the awesome he could bring upon the world. Still, he says that not doing Halo has allowed him to make District 9, and that does look pretty compelling as far as summer movies go. Of course with the quality of blockbuster movies we’ve been getting this summer almost anything looks compelling.