A lot of you had a lot to say about the Resident Evil 6 demo that came with Dragon’s Dogma, and game producers Hiroyuki Kobayashi and Yoshiaki Hirabayashi have heard you loud and clear. We met with both of them yesterday to chat about the game and check out new content, and I was surprised to see there that the latest build on display already shows changes that seem to answer fan concerns. It’s clear that they’ve been hard at work, taking that feedback and using it to change the game for the better.

“We’ve heard a lot of feedback based on the demo we released,” Hirabayashi told Destructoid in an interview. “The team is still working hard to fine tune it. We understand the parts of the demo that came with Dragon’s Dogma that were not received favorably, to put it mildly. We wanted to make sure we could try to improve on these things — the camera angles, the tearing and other issues.”

The producers showed off numerous changes and improvements to Resident Evil 6 in a new demo of Chris’ campaign, which took the BSAA captain and his agents through the back alleys of a Chinese city to take on a huge snake-like creature that seemed to be picking them off one by one.

One of the most visible changes showed that the character’s body placement has been moved to enable better viewing of the environment. “This is the latest version of the game, and you can see how we’ve pulled the character out of the way now, so when you’re aiming you can still clearly see what you’re trying to shoot.”

With this change, in the demo I saw, Chris’ head almost touches the very leftmost (or opposite, depending on player settings) side of the screen, and his shoulder and extended arm no longer obscures the view. This directly answers some one of the key concerns demo players voiced.

There are also several options that will enable players to customize the views and controls to their liking. For example, you’ll be able to control the camera angles to the degree you want to enjoy the game. After showing an example of these options Hirabayashi added, “Hopefully this will please people who might not like third-person shooters as much.” 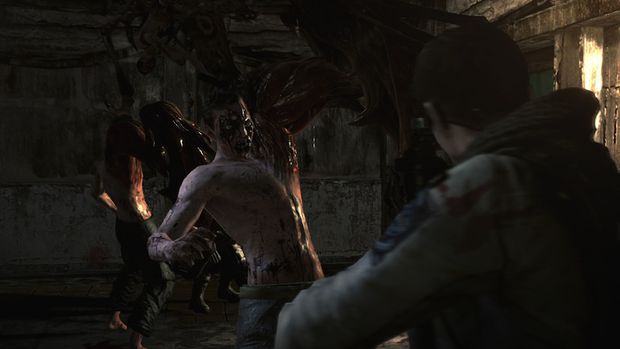 Hirabayshi said that because this is a third-person shooter, he thinks it’s better to keep the camera and the aiming camera separate. With these options you can make adjustments to both camera controls, meaning you can invert either axis if you want, and you can adjust their speeds as well.

Beyond the standard options, like flipping x-y axis, brightness settings or setting attack button preferences, some deeper options seem more focused on making older fans feel more familiar. You can now change your target reticle to look more like the laser site first used in Resident Evil 4. In fact, the color of the laser site is even customizable now. 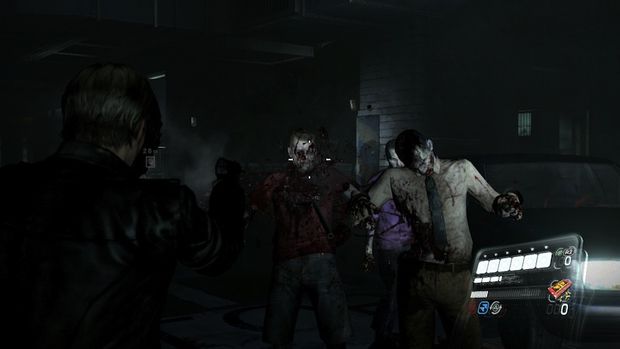 And along the line of view changes, you can set what side of the screen you want your character to appear on, and when you do that it automatically pushes the HUD to the opposite side of the screen. Or, if you please, you can choose to keep your HUD in the same position with another setting. Hate HUDs and want that classic Resident Evil feeling? All HUD graphics and waypoints can also be completely switched off if you’d like.

“We wanted to give people the ability to choose which features they want to set the game with so that they can play in a way that feels more intuitive to them,” said Hirabayashi.

“We’re trying to improve upon it, and the team is working really hard to make sure we can reduce the level of stress people feel when playing. We want them to enjoy it, so we’re trying to push the game in the direction that the players want.”