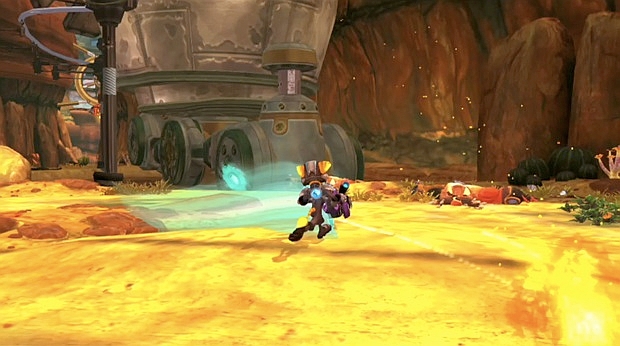 Many moons ago, Insomniac Games kicked off a clever contest that gave fans of the Ratchet and Clank series the opportunity to create their own zany weapon for the next iteration in the series, Ratchet and Clank: A Crack in Time. The winner of the contest was announced last night at Comic-Con and his weapon is being displayed prominently at the event. The gun is called the “Spiral of Death” and you can view it in action below the fold.

Insomniac creative director Brian Allgeier calls the Spiral of Death a “deadly yo-yo.” The gun shoots a vicious neon-blue saw blade that once ejected flies eventually finds its way back into the gun’s barrel. It kills things with the first shot, and if you’re strafe-happy, will kill something on the rebound. A deadly yo-yo, indeed. Check it out!

Filed under... #Comic-Con#Ratchet and Clank