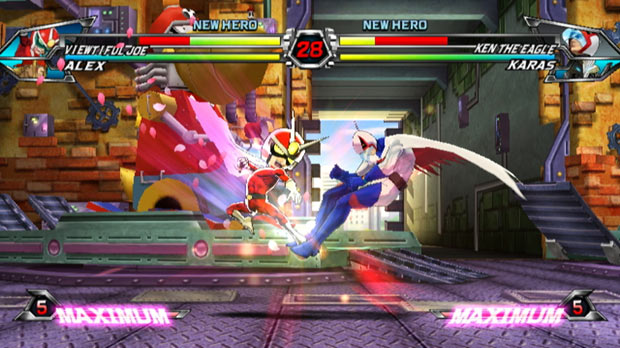 Sure, we’ve all seen Tatsunoko Vs Capcom before. Hell, it’s been out in Japan for so long that we’ve even managed to give it a proper review by now. But the following screenshots and videos are from the North American version, and that makes them new, right? (Shhh, just agree.)

In any case, you might not have been paying attention when media for the Japanese release made its rounds, considering we had no idea if we’d ever get to play it. Now that we know for sure it’s coming to the Wii in the US, it might be a good time to perk up and take a look, even if it’s just to refresh your memory.

In the gallery and after the jump, you’ll find the latest pics and videos from SDCC, featuring action from the North American version of Tatsunoko Vs Capcom. There seems to be more focus on Viewtiful Joe here to cater to an American audience, but otherwise I don’t spot too many differences. You?