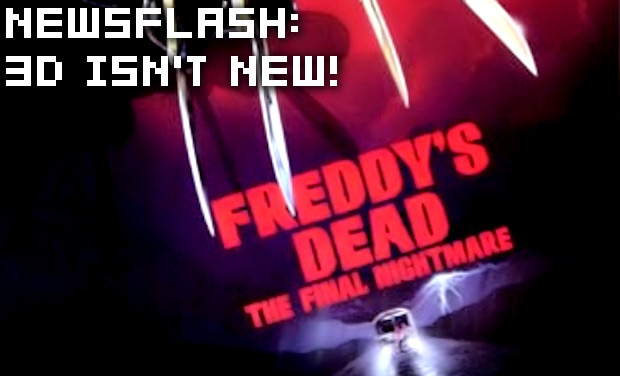 Shock Till You Drop has nabbed an exclusive interview with film direct Paul W.S. Anderson, where they’ve learned that Resident Evil: Afterlife will be following the “new” 3D fad. You know, the fad that movie makers had in the early nineties and have now suddenly decided is unique again.

Further to that, the film will be the start of a brand new trilogy, even though Milla Jovavich is still in it:

“I always envisioned Resident Evil as a trilogy of films,” explains Anderson. ” “And we’ve been very lucky where it’s a trilogy where the audience has built and built. I wanted to kick off a brand new trilogy. I’m really excited we’re doing it [in 3D] and we’re using the same camera system [James] Cameron used for Avatar. There are a lot of exciting things about this one. I don’t regard it as Resident Evil 4, I regard it as a re-tooling and rebirth of the entire franchise.”

Seriously, why did this ludicrous 3D craze ever come back? I guess that’s the last of my worries, considering the fact that a new Resident Evil movie is coming in the first place, 3D or not. That explains the single white wolf I heard last night, howling at the moon before dying a sullen and mournful death.