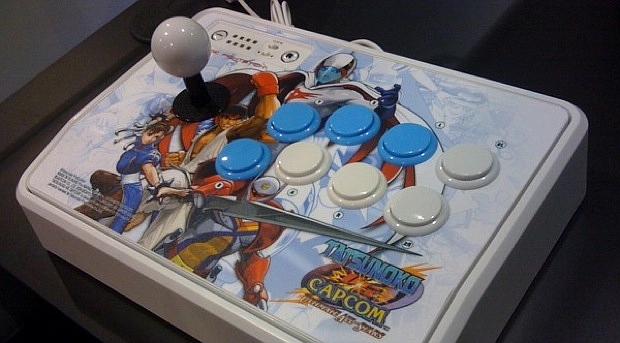 Mad Catz brought more than a batch of uber-Limited Edition Fight Sticks and Fight Pads to Comic-Con. A recent posting on Capcom’s community blog has shown us that Mad Catz is serious about this fighting game peripheral thing. In the header above is a (blurry) shot of Mad Catz’ Tatsunoko vs. Capcom: Ultimate All-Stars mock up Fight Stick for the Wii, which is being shown at Comic-Con.

The official line is that these puppies are “SFIV tested” and created based on fan feedback. From looks alone, we’re thinking that the peripherals are art-swapped Standard Edition Fight Sticks. That’s not a terrible thing if the followed fan feedback incorporated tweaks to the joystick and the notoriously jank buttons.

If those things are fixed, watch out: this stick should be the cat’s butt. And that’s opposed to a dog’s butt, which is totally gross and unrefined.