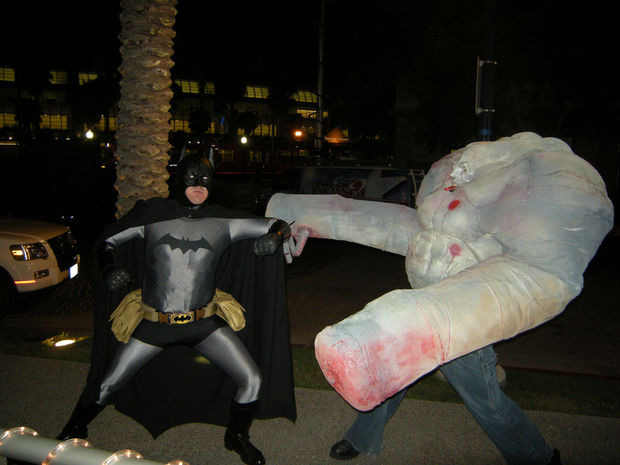 While the age-old question of “Who would win a fight: Batman or a Left 4 Dead Tank?” may never get answered, at least we can see what that might look like.

Thanks to three months of hard work from Nerdfellowship.com’s Rob Heath, one of a few Left 4 Dead Tanks roamed the floors of San Diego Comic-Con. The 35-pound monster costume was made from a combination of foam, fleece, and latex, with built-in forearm crutches to nail this creature’s gorilla-like size.

Pulling it all together were built-in speakers which played the Tank’s theme music, as well as a series of roars and grunts, grabbed directly from the PC game.

As for our guesses as to who would win in a fight, The Tank (Rob Heath) sent us an email letting us know about his costume. As for Batman, we haven’t heard from him at all; we can only conclude he’s dead.