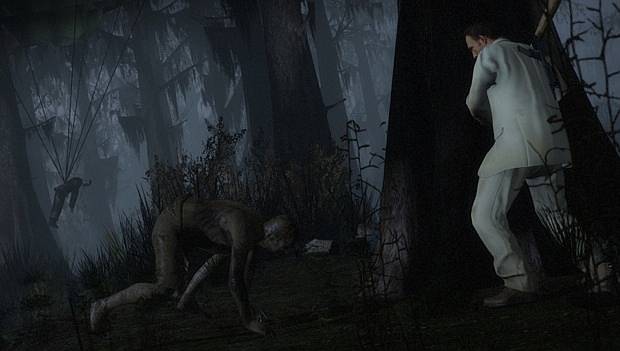 Here are two things you should already know: Left 4 Dead 2 is playable at Comic Con and the build Valve is bringing has two new zombies, a new level and several new items.

What may be fuzzy are the details. If you happen to be in the San Diego area, you can check out L4D2 at the EA Gaming Lounge Thursday through Saturday, 2-9 PM and 12-5 PM on Sunday. The EA space is located in the Gaslamp Quarter Hotel. If you’re attending the event, you can play the game at the Xbox 360 booth on Saturday.

The new campaign is called “Swamp Fever,” and features a new brand of infected called “Mudmen” and a new boss dubbed “The Spitter.” According to the official announcement, The Spitter has an “area attack” that can cause Survivor disarray and kill squad camping. Mudmen are, from what we can tell, swamp-flavored run-of-the-mill zombies that you will be able to dispatch with an AK47, Grenade Launcher or a, uh, cricket bat.