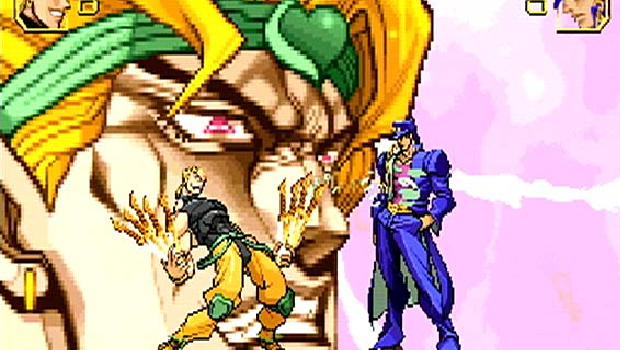 For a series known by a few and loved by a lot less, developers are putting a lot of faith in Jojo. Earlier this month, Namco Bandai announced JoJo’s Bizarre Adventure All Star Battle: A new 3D fighter in the series exclusively for the PS3. So, yes, these are two completely different games. The latter of which is being developed by the Asura’s Wrath team, which previously worked with Capcom. The headache continues.

It’s all the same to me if the game is good and my dedicated fighting game pals say the original Capcom fighter is very good. $19.99 is pretty steep so let’s hope Capcom are giving it one hell of an upgrade and not just a couple visual filters.

Regardless, Jojo the Idiot Circus Boy will always be the one and true Jojo to me.