I had a chance to chat with Ultimate Marvel vs Capcom 3 producer Ryota Niitsuma following the announcement of the game here in San Diego on the eve of Comic-Con 2011. He was surprisingly pretty upbeat for a guy that had all of his surprises ruined by a leaked list of game characters.

In our interview Niitsuma explains why Ultimate is a disc-based release and not DLC. He also goes into some of the changes we can expect for the battle engine. He was a pretty good sport when we asked if we could expect any other surprises.

Read on for our interview with Ryota Niitsuma.

Destructoid: I’m going to ask something you’ve probably already heard a few times since today’s announcement: Why wouldn’t this release just be downloadable add-on content instead of a disc?

Niitsuma: After the release of Marvel vs. Capcom 3 there were plans to release DLC. But, as you know, less than a month after the game was released we had the earthquake and tsunami in Japan. That had an impact on everything, and it threw off our whole development schedule. We decided that instead of doing the DLC we could put it all together in one package, add some additional stuff to make it robust and deliver it as a disc. 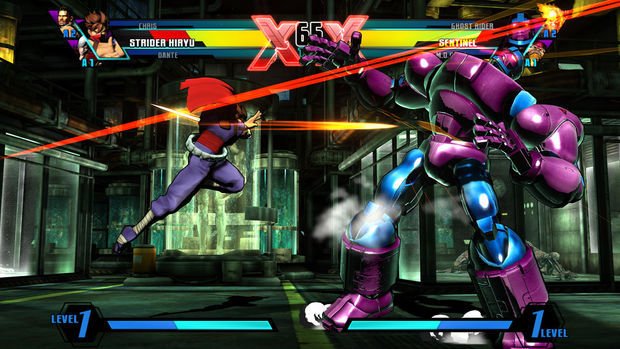 I would say that it’s about half and half.

The original game had a story mode. Will Ultimate continue with this and add new story bits for the new characters? Will Frank Tieri be brought back to continue the work he started in Marvel vs. Capcom 3?

First off, we did bring Frank Tieri back. With all of the new characters in the game we had to write new endings and quotes. The stories for the new characters are all new and original for this game. This game is not Marvel vs. Capcom 4, of course, so there’s not anything like story continuation. There are some tweaks here and there, but the basic backbone is still the same.

How much of the gameplay has changed? Is it simply tweaks and improvements for existing characters, or are there new modes?

It’s not just minor tweaks. There are some definitive changes in the game in terms of the battle system and the characters themselves. We’ve really tried to balance it all out and make it feel better. We did listen to a lot of user feedback and take that into account, especially when making changes to the battle system in the game. We’ve added new modes, for example, a spectator mode. We wanted to make sure the network and online parts of the game are more robust. While it’s not a complete shift, it’s vastly improved over the previous version.

Can you go into detail on what has changed for X-Factor?

One of the biggest things for X-Factor is that we’ve enabled use in the air. Say you’re doing an air combo. In the middle of that combo you can activate X-Factor and can continue to chain combos in the air after you’ve activated. That’s one of the biggest changes. We’ve also made some minor adjustments to the strength of attacks in X-Factor as well. 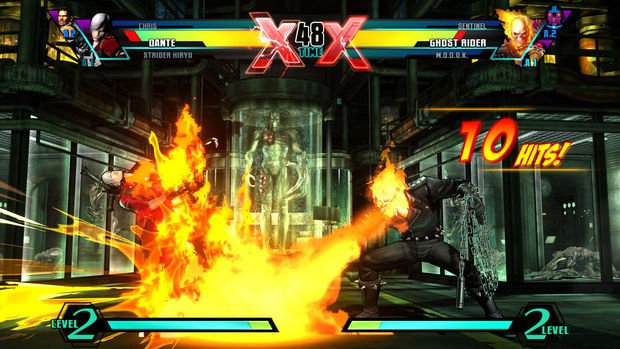 Would there ever be a return to being able to chose more than one instance of one character? Like, having three Dantes or something.

We purposely did not enable that. [laughs]

Can we talk about the character leaks?

Sure, you can ask about them now. [laughter]

Today was kind of an emotional rollercoaster for series fans. Some where unsure of what to think when the game was first announced. But later, when the new characters were leaked, people said things like ‘Oh, Phoenix Wright? I’m definitely buying this.’

Would you say that this leaked list is all? Any more surprises?

It’s a shame it got out, but that list, those names — these are the characters we are adding to the game. But, this is only a list of characters. You have not been able to see anything substantial on them yet. As we get closer to the release date we’ll be releasing new gameplay footage that will show you how these characters work. I think for the fans of our fighting games that’s where the real fun is, seeing these characters move and act.