Activision showed off X-Men Destiny last night at a preview event. It’s probably the first X-Men game where you’ll start out as a total nobody. But what’s neat about Silicon Knights’ upcoming title is that you have the opportunity to make a nobody a real somebody by shaping their mutant powers and alliances.

Read on for our preview of X-Men Destiny.

There are three new characters in X-Men Destiny, each of which will become official X-Men. I chose to play as Aimi Yoshida. Aimi was smuggled out of Japan on a tanker ship, just as her family was about to be rounded up and put in a mutant containment camp. She arrives in San Francisco where she joins the X-Men. She joins two other selectable characters: Grant and Adrian. Adrian seems a bit more serious, but Grant is just a dumb jock that wants to get down with mutant powers. 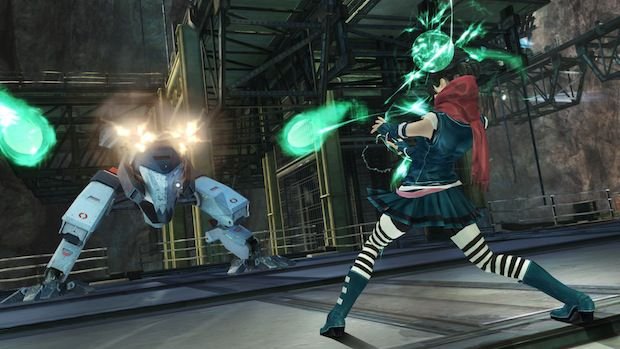 Starting out, Aimi was an empty shell, awaiting my input. I chose to give her “density control,” which gave this small girl big ol’ arms of rock. Suddenly my punches were meaner and more meaningful. Punching the ground actually leaves holes. The power didn’t fit her looks (striped leggings!) but I was too busy punching in baddie faces to give it too much thought.

Your player can be further upgraded with X-Genes, which let you equip and upgrade different powers, RPG style. You can actually nab the powers of other X-Men you encounter, letting you evolve in the way you choose. Further character customization happens through decisions presented throughout the game. You’ll pick friends and decide alliances as the story progresses.

This particular demo progressed through a series of closed-room enemy clean-ups. Large text reading something like “10 enemies remaining” would appear in the environment, right in your fighting area. These caged brawls weren’t that exciting, but maybe that has something to do with how little time was spent showing the game’s potential. This demo was closer to a series of interactions with very young-looking X-Men. In that short demo I ran into Toad, Emma Frost, Quicksilver, Iceman, and Cyclops. Each interaction would have them showing me a skill, or fighting alongside me. It seemed more like a taste of what is to come beyond this demo more than anything else. 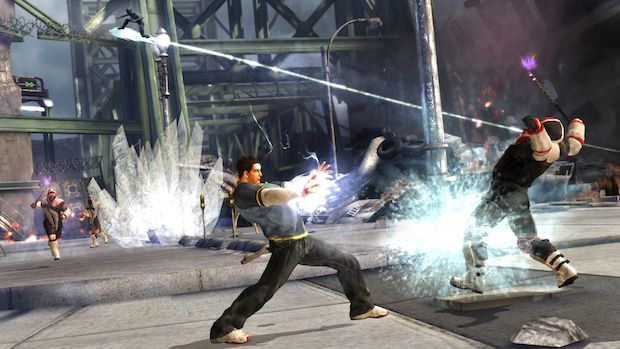 The fighting itself wasn’t particularly engaging. It may just be that this was an early demo, but swarms of enemies kind of hung back waiting for me to attack them. They didn’t put up much of a fight, and when they did I used the same basic attack to push back and move on, rarely needing a secondary shock attack to supplement. It’s beat-’em-up button mashing for most of the time, which proved to be satisfying, but again, not exactly exciting.

There’s a lot of cool ideas from Silicon Knights in this license, but I’m just not seeing them in this demo. Here to hoping we can see more of the potential realized in the future. X-Men Destiny comes out this September for Xbox 360, PS3 and Wii, so they had better get a move on!