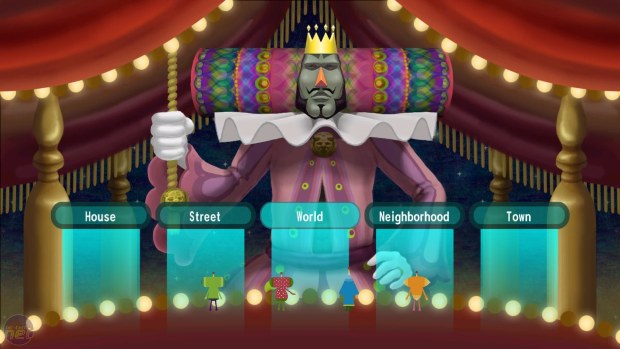 Naa naaaaa. Everyone is on Twitter. Now, even the King of Cosmos is on Twitter, and he wants you to follow him. What will he tweet about? He’ll probably be just like us, bitching about his long-headed lover, or talking about his now universe-famous crotch bundle. Or, more likely, he’ll promote his newest game, the upcoming PS3 title Katamari Forever.

Follow the King at twitter.com/KingOfTheCosmos, where he’ll tell you about upcoming freebies. In fact, he informs us that free DLC is on the way. Oh, and there’s a free downloadable PlayStation Network Home theme to nab, too. On July 30th, Home will get a free theme, Theme A, by Keita Takahashi. Two t-shirts will also be available. Later, coming about the time the Penny Arcade Expo hits, an Antenna hat and another t-shirt will be available. Finally, on September 22nd, around Tokyo Game Show, even more will be released, like a Prince  costume.

And, just to show that he’s hip, King is also on Facebook. “Roll up your friends” by searching Katamari Forever, he says.