Epic Games’ new game, Fortnite, has been under wraps since last year’s VGA Awards — just long enough to forget it was a thing. But they finally gave it a full reveal in a panel at San Diego Comic-Con this week, and we have all the details for you.

Producer Tanya Jessen, Lead artist Pete Ellis and design director Cliff Bleszinski joined moderator Jessaca Chobot to give us a really detailed look at what they’ve been working on since the announcement. 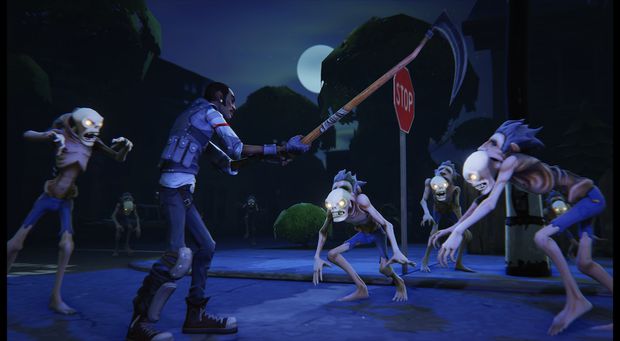 Epic calls Fortnite a cooperative sandbox survival game. You might have heard that it’s something like Minecraft, and it does have some similarities, though you won’t find any blocky trees or animals here. You will work with friends to scavenge the environment, and then use your findings to build forts. Later, you’ll work together to defend them at nite, when the forces of darkness usually show up.

Fortnite was designed to be played with friends. Everything from building to fighting can be done with your best buds, and what’s nice is that there’s something there for everyone to enjoy. Jessen said that different personality types playing together was one of their inspirations for Fortnite, and they’ve worked it out so that you can invite players of all natures and skill levels to join in the fun. For example, nesting types can stay back in the base and build things while more aggressive types can hunt, or fans of exploring can go scavenge supplies. 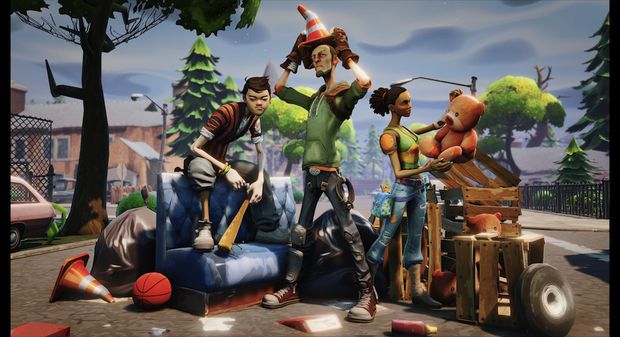 Some early prototypes of one weapon, a crossbow, were shown off at the panel. In its default form, the bow shoots a simple dart. Upgraded, we saw it shoot three darts at once, taking out three baddies. An electrical upgrade added a shocking stun to the shots, freezing enemies up to be attacked by another player. Finally, a tightrope shot added a rope to be used for platforming purposes. They say that they’re still working out how items will be upgraded, and that these examples are just some of the ideas they’ve had along those lines.

One of Fortnite‘s enemy types, the troll, was detailed. This little bastard hides in shadows, can run up walls, move through walls, and easily get right into the action, throwing a wrench in what you’re trying to accomplish or defend. The troll’s ability to portal through solid objects makes it particularly troublesome. Worse, it also steals items, though it cannot move through portals when carrying a stolen item.

Footage of scavenging and editing was shared with the attendees of the panel. A tree came down with three axe swipes, giving the player wood supplies. Once proper resources are gathered, building happens quickly. In this example, a house frame went up in a matter of seconds. We saw that the player had to defend the unfinished house frame at night, and that they didn’t do a very good job — three small trolls took it down quickly. 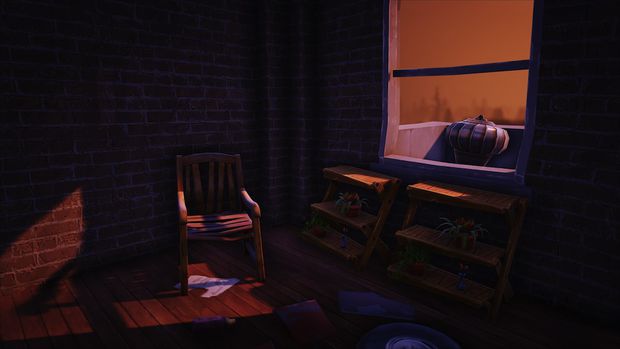 A more in-depth example of editing and building structures showed the players work about five days into playing. Upgraded skills brought about better wood and newer home structures, like stairs and windows. We saw a fast-forwarded clip of Fortnite‘s grid-based editing system, which had arches, balconies and roofing plopping out of thin air instantly — very cool. A final example showed the supposed result of much more play: a massive castle that seemed like no trolls could ever take it down.

The panel was used to reveal that Fortnite would be the first game to use Epic’s new Unreal Engine 4. Some slideshows shared images of a cartoony yet highly detailed world, and art director Pete Ellis promised lighting effects, more colors, higher detail and animated skies with realistic day-to-night transitions.

It was also revealed here that Fortnite would be a PC exclusive.

The panelists made it clear that Fortnite is still a work in progress, and that they’re currently deep into the process of figuring the details out. Bleszinski said that they wanted to make a game for gamers, and thanked attendees for showing up to support an original game in a market where numbered sequels are the norm.