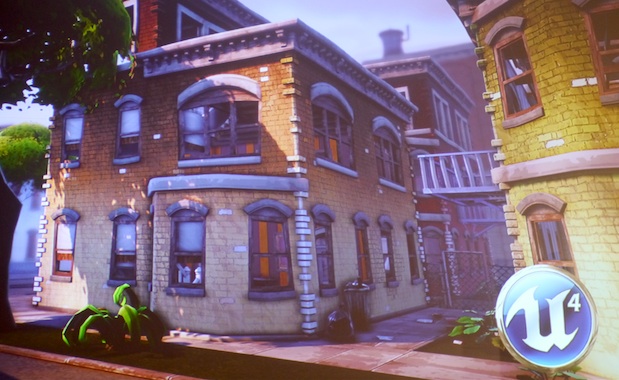 At a panel this morning at San Diego Comic-Con, Epic Games revealed that upcoming game Fortnite will be the first Unreal Engine 4 game. Design director Cliff Bleszinski: “This game has a great style, and it deserves to be the first game to come out for Unreal Engine 4.”

Expect more colors, reflective objects, fully animated skies (rolling clouds), and dynamically generated effects. We saw a flythrough with impressive shadows, lighting, wind effects, and day-to-night transitions. It had a cartoony look, but the design was set off by UE4’s power and new tricks.

After singing the praises of PC gaming (“Next-gen is here — it’s a high-end PC!”), Bleszinski also revealed that Fornite will be a PC exclusive.