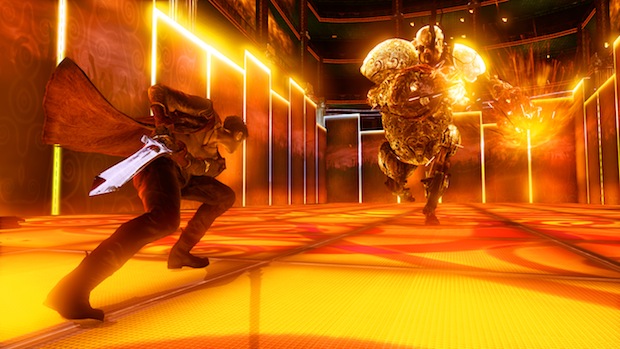 DmC: Devil May Cry producer Motohide Eshiro and supervising director Hideaki Itsuno weren’t quite ready to spill the beans on what else might be in store for their upcoming Xbox 360, PS3 and PC title, but they at least gave us some hope for something new at next month’s gamescom.

When I asked if Vergil or any other franchise favorites might be waiting in the wings, Itsuno seemed to be expecting the question: “There’s plenty we haven’t talked about storyline wise, character wise. Certainly if you come to gamescom we’ll talk more about the storyline then.” He added, “There’s plenty we haven’t talked about yet, so there’s not much we can say right now.”

He nodded approvingly when I told him Destructoid would be at gamescom. Maybe a hint? Maybe I’m reading into his nod too much. We’ll see next month!

Some series fans are upset over the exclusion of a taunt feature for DmC. When I brought it up, Eshiro and Itsuno looked at each other and laughed.

“Actually, we’re thinking we might head out to Ninja Theory soon,” Itsuno told us. “We might actually ask them to put something like that in there, but given the tightness of their schedule, they’ll turn pale when we say that.”