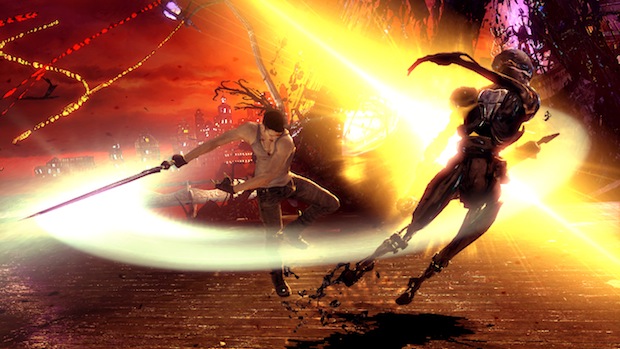 I’ve got no hate for series reboot DmC: Devil May Cry, and Jim seems to be on the same page, but it’s understandable that long-time series fans have some concerns over the use of the Unreal Engine and its ties to a 30 frames per second rate for the game, given that past titles have run at twice the frame rate. Capcom Japan producer Motohide Eshiro and supervising director Hideaki Itsuno were happy to address some of the concerns in a chat with Destructoid yesterday at San Diego Comic-Con.

When we asked what advantage Unreal Engine running at 30fps would give DmC over Capcom Japan’s engine, Itsuno pointed toward the visual side of the game: “The one advantage that Unreal [Engine] gives, especially in the hands of this team, is that there’s a really good deal of visual impact in the game.”

Of course, some fans would say that this sounds like a compromise. Not so, says the DmC producers.

“If you do play it, you’ll see that it still feels really good.”

Eshiro: “It comes down to the way you make a game. There are ways to make a 30fps game feel really smooth — almost every bit as smooth as a 60fps game. Since we knew we were going for 30 early on, if you play the game and examine the way it feels, it doesn’t feel that much different than its 60 frame brethren.”

While DmC: Devil May Cry is set at 30, this doesn’t mean that future titles won’t come back to higher frame rates.

“This does not mean that every game from now on will be a 30fps game,” Itsuno told Destructoid. “I think we’ll take it on a case-by-case basis. It depends on where you want to put your focus, but we’re pretty happy with the way it feels.” 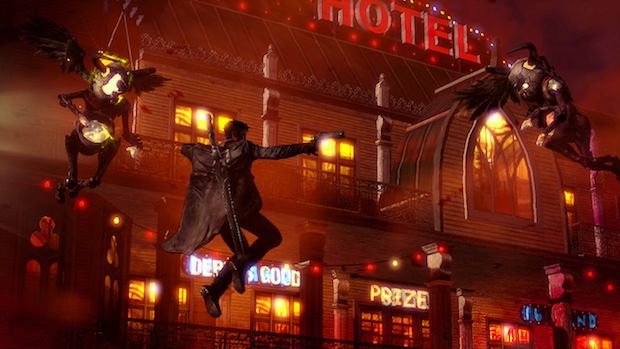 We asked if this new engine and framerate would compromise the depth of the combat engine that fans enjoyed in past series games. As an example I pointed to YouTube videos of gamers digging down deep to explore moves and tricks they’ve found.

“If you play the build we have here [at Comic-Con] I think you’ll see that it’s definitely starting to lean in that direction. There’s certainly some undiscovered depth there.”