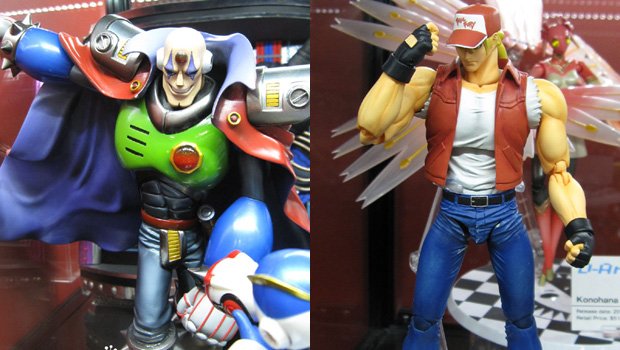 Bandai’s D-Arts figures are the shizz, especially if you’ve got a thing for Mega Man X characters. At SDCC, Bandai’s US distributor Bluefin has been showing off some possible new models for the X line, headlined by none other than Sigma. In addition to the Big Bad himself, there’s a black armor variant of Zero as well as a ride armor for the recently released Vile.

Outside the X line, we’ve got a pimpin’ Terry Bogard of King of Fighters fame. Maybe it’s a hint of things to come and we’ll see a whole bunch of SNK fighters marching through.

I’ve got my wallet half open already. How about you guys?