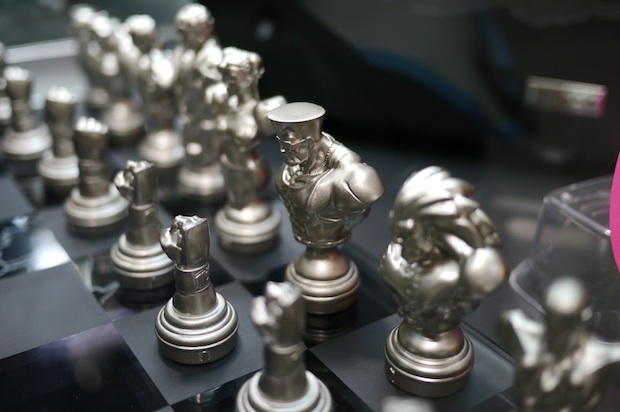 At their store on the San Diego Comic-Con show floor, Capcom is selling this beautiful Street Fighter chess set. I don’t play chess, but this thing is so fancy that I want one anyway. Too bad it’s $400. Checkmate.

This thing is classy as hell, as it should be for a 25th anniversary special item. Each of the busts, as you’ll see in our gallery, are incredibly detailed, and would make any fan of the series happy. I’m guessing that great Street Fighter players wouldn’t be nearly as great at chess, but I could be wrong.

If you want one of these sets, you should hurry: Capcom is only selling 10 of them this weekend.

Filed under... #Board Games#Capcom#Comic-Con#Money#Offbeat#Street Fighter