So what kind of game is it?  Imagine taking all of your beloved 8-bit NES classics and throwing them into a blender. Pour it in a mug and top it off with a heaping squirt of WTF. I laughed pretty hard the whole time.

This isn’t some tame trip down memory lane either. The parody takes you through all your favorite carts as you play as the bulky Abobo, a guy who goes to great lengths to find his daughter. You’ll definitely see characters and backdrops from NES classics, but they’re presented in a really strange way, and it seems like the goal with this presentation is to make you laugh.

The entire game is presented in the original 8-bit format, with what looks to be sprites from dozens of games all thrown in together. Don’t write this off as a rip-off, though. When you play it you’ll see how creative (and crazy) the developers were with the idea. 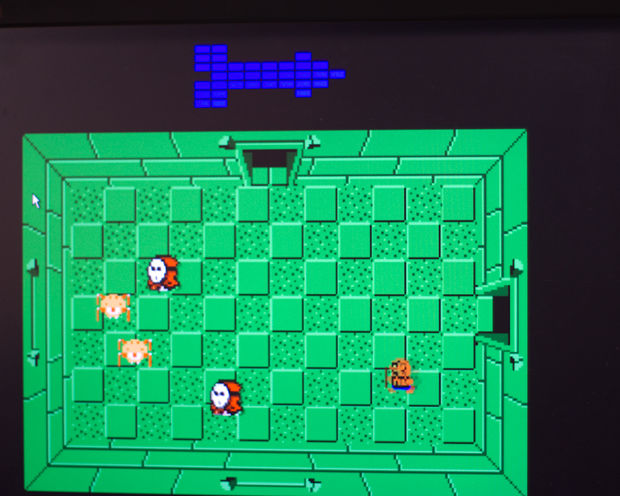 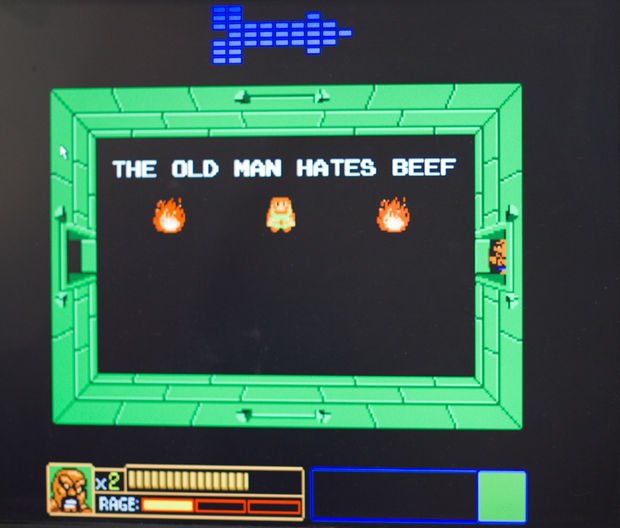 The first stage I played looked just like Double Dragon. Starting off, I encountered typical enemies, and fought them off with the exact same control scheme from the original game. But then the guys from Kung-Fu showed up, all in a row. Goombas from Super Mario Bros waddled onto the screen, and Kid Niki followed. I was trying to fight all of them off, but then Donkey Kong jumped on a surface above and started throwing exploding barrels on my head. It was like all of NESdom was out to get me. I only felt better when an 8-bit bystander walked up to me. I ripped his head off and ate it, and then used his body to fight off a charging skateboarder from T & C Surf. Yes, this game is insane. 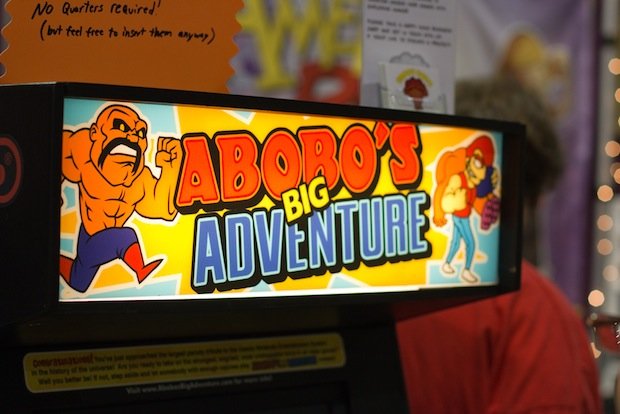 Another world, called Super Mabobo, found Abobo in a jail cell. After picking up trash and eating it, Abobo had to use the cell toilet. Something he ate must not have agreed with him, because a massive, vertical column of shit came out of his ass and somehow had him flying over the toilet, and then falling down into it. Yes, really. This ends up being a Warp Pipe from Super Mario Bros, and now Abobo finds himself in a parody of the water worlds from that game. Underwater, Abobo has a very Yoshi-like tongue that enables him to eat and spit enemies into others. Things get weird when he encounters fish enemies from Mega Man. Of course, Bubble Man is in there too, as a sub-boss. Strangeness continues as you pop out of a warp pipe onto land, walk by a diner where dudes from River City Ransom are eating, and then kill an enemy with a Mortal Kombat Fatility to end the level. 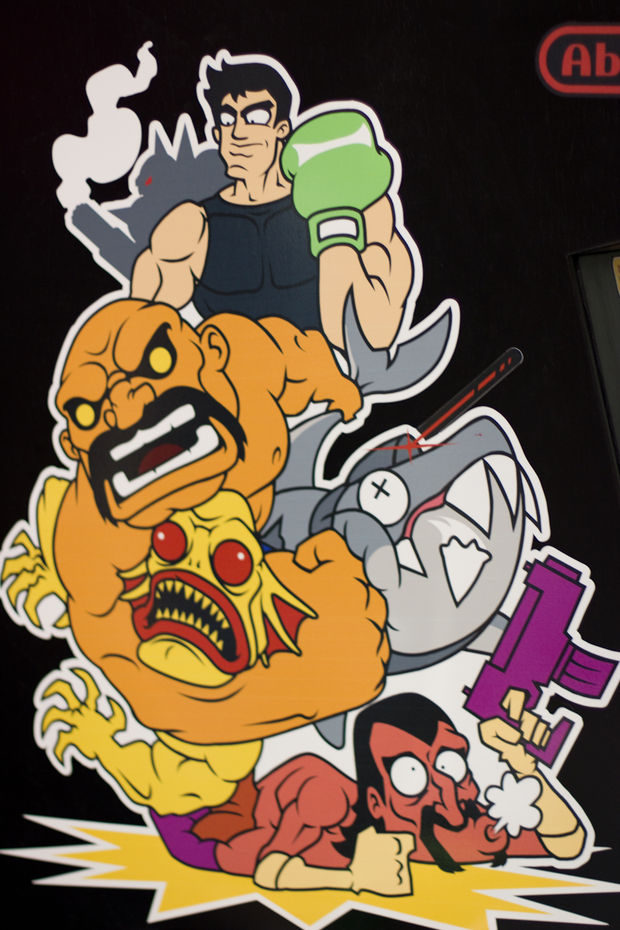 I won’t even get into the insane Legend of Zelda parody, though I will point out that when the segmented map was finally unveiled, it was fashioned to look like a penis. The boss? A shark that shot laser beams.

I-Mockery tells us that Abobo’s Big Adventure is half done so far. In the end the game will have 8-10 levels like the ones I saw, and that’s not including bonus rounds, boss fights and other Easter eggs. This is a labor of love, so they won’t be charging for it. Expect to laugh your ass off. 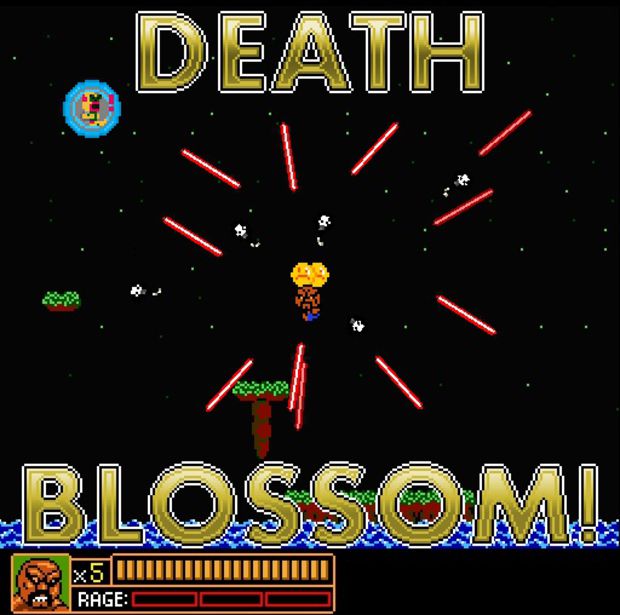 You can learn more about the game at:
https://www.abobosbigadventure.com/
https://www.facebook.com/abobos-big-adventure