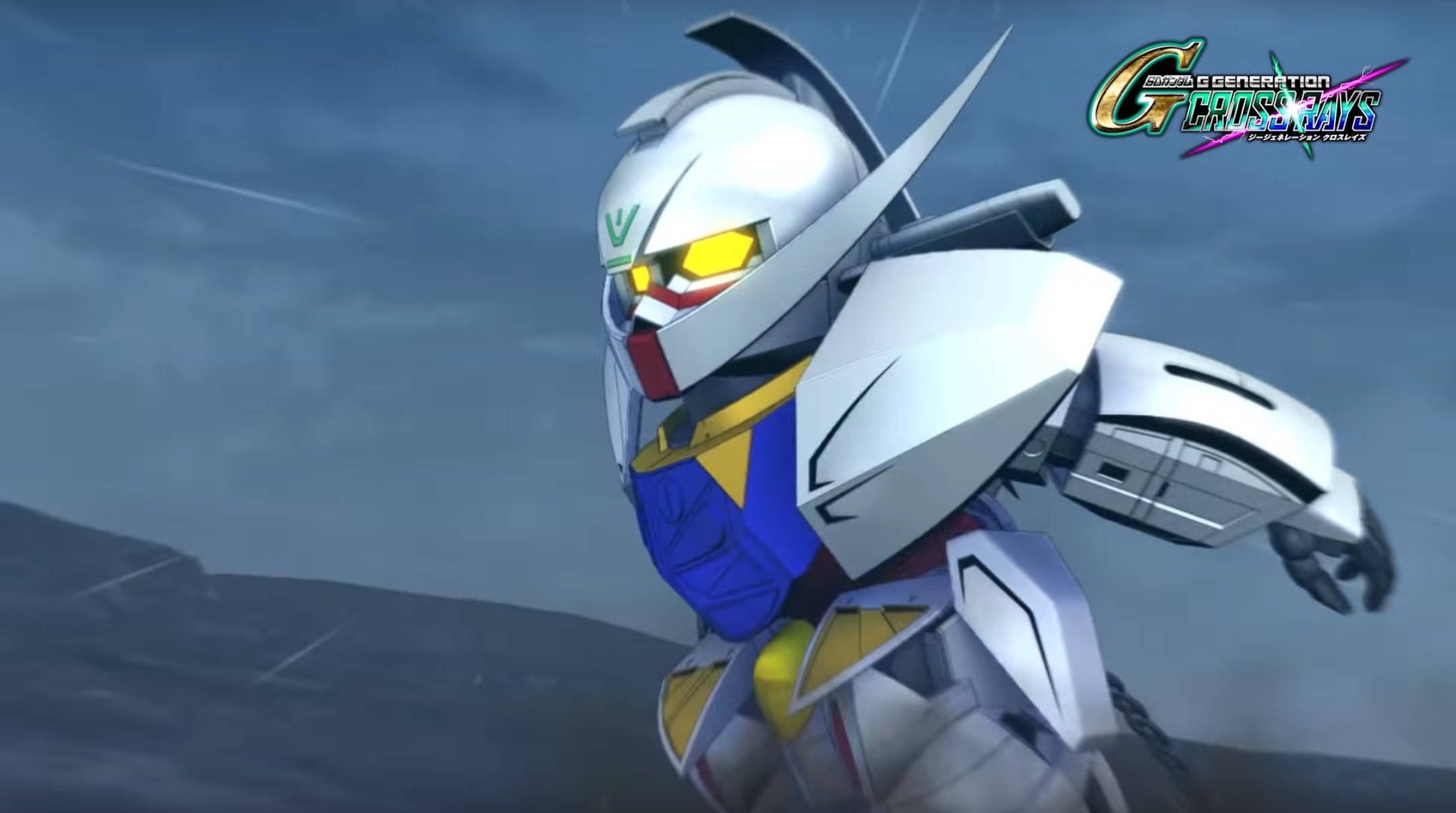 Hot off the heels of releasing a demo for the game, Bandai Namco has released a new trailer for SD Gundam G Generation Cross Rays. Not only does the trailer show off footage for the first wave of DLC, but also revealed what would be in the second one. To the surprise of no one, a second wave of content from Gundam AGE was announced, along with the confirmation of Reconguista in G items. However, the big surprise was more packs dedicated to Gundam X and Turn A.

You can check out the trailer of fan favorites below.

For those unfamiliar with these shows, here’s a quick rundown of the characters and their mobile suits. From Gundam X we have Sagia Frost and Olba Frost, the main antagonists, as well as their mobile suits Gundam Virsago Chest Break and Gundam Ashtaron Hermit Crab. From Turn A, we have Corin Nanders with his custom Kapool, along with Harry “Universe” Ord, the Char clone of the show, and his custom SUMO. From Gundam AGE we have the protagonist of the second arc Asemu Asuno with his father Flit Asuno, in addition to their mobile suits Gundam AGE-1 Glansa and Gundam AGE-2 Normal.

Finally, from Reconguista in G, we have protagonist Bellri Zenam and leading lady Aida Surugan, along with Gundam G-Self and Gundam G-Arcane. Given that the other series have received additional content, I would expect more items from this show going forward. Furthermore, since the final antagonist of Turn A is still absent as well as Gundam AGE missing its third protagonist, I am expecting these two to be in the third wave scheduled for February as well.

Of course, the DLC will also be coming with new character abilities and background music from their respective series. Just like the first set, all the content will have to be unlocked through one of four dispatch missions. These are just time-based operations, they are not actual stages to play. Keep this in mind before you commit to buying the season pass, as you’ll likely be done this game by the time the second wave even drops, let alone the third and fourth ones.

SD Gundam G Generation Cross Rays releases internationally on PC on November 27. A Nintendo Switch and PlayStation 4 version, with an English translation, will be released in Asia on that same day.