While I pride myself on being open to new things, one of the few styles of gaming I’m just not a fan of is the burgeoning survival genre. These games aren’t similar to how some might associate “survival” in gaming (Resident Evil for example), but encourages player enjoyment from the very act of living and surviving in a realistic environment.

SCUM is an upcoming PC title that is more than likely not for me, but I have to admire its attention to detail. Similar to something like Rust, SCUM is a game where you’ll be hunting animals, crafting clothing and generally trying to fend off death at every turn. Rust could be considered Easy Mode compared to SCUM, though.

I sat down with Josip Barisic – community manager for developer Gamepires – and hearing him explain all the various different systems in SCUM was a real shock to the system. I didn’t realize people wanted a game so realistic, but I suppose there is a niche for everything. I’ll do my best to breakdown what SCUM is all about, but feel free to make the same confused faces I did during his presentation. 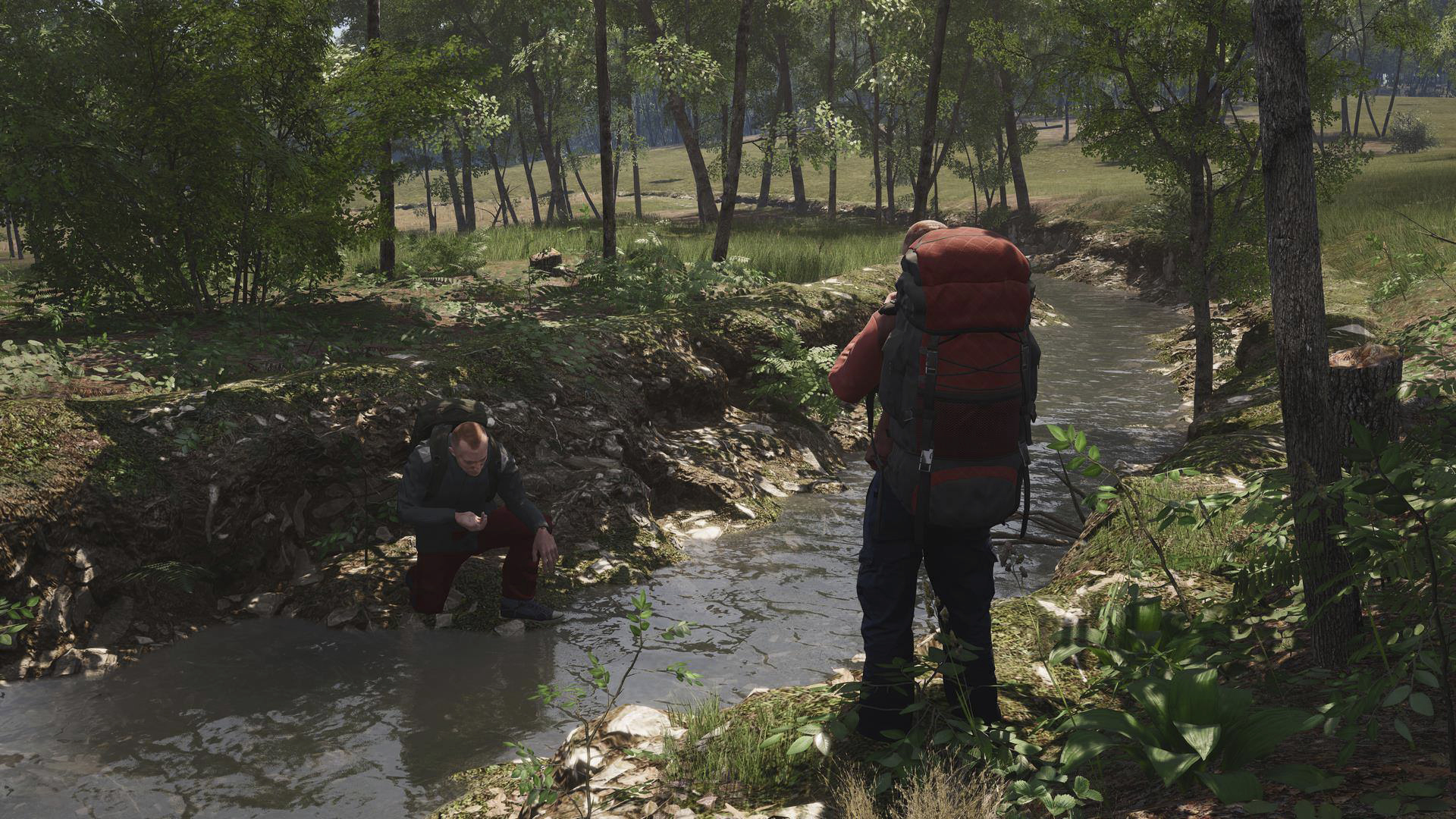 The story behind SCUM is that you’re a prisoner on an island in some reality TV show about survival. Instead of just trying to make a game with the faint idea of survival, Gamepires has gone all in with making this as close to real life as a game can get. You’ll need to account not only for your hydration and stamina meters, but also your body fat content, your consumption of specific vitamins, the weight of your clothing, your age, your addictions (if you have any) and even the amount of teeth you have left.

That last bit is the most insane thing I think I’ve ever heard being implemented into a game. There are various different ways you can lose teeth, but if you happen to lose too many, then solid foods can no longer be consumed. I mean… holy shit. That is hardcore survival, right there.

Even the addictions mechanic is just crazy. If you want more challenge on top of what SCUM is doing, you can create a character with alcoholism that will then have withdrawals if he doesn’t drink enough. Even something like your characters age will grant you better starting attributes, with the low end giving you more stamina while the high end gives you greater intelligence. This is a really well thought out system. 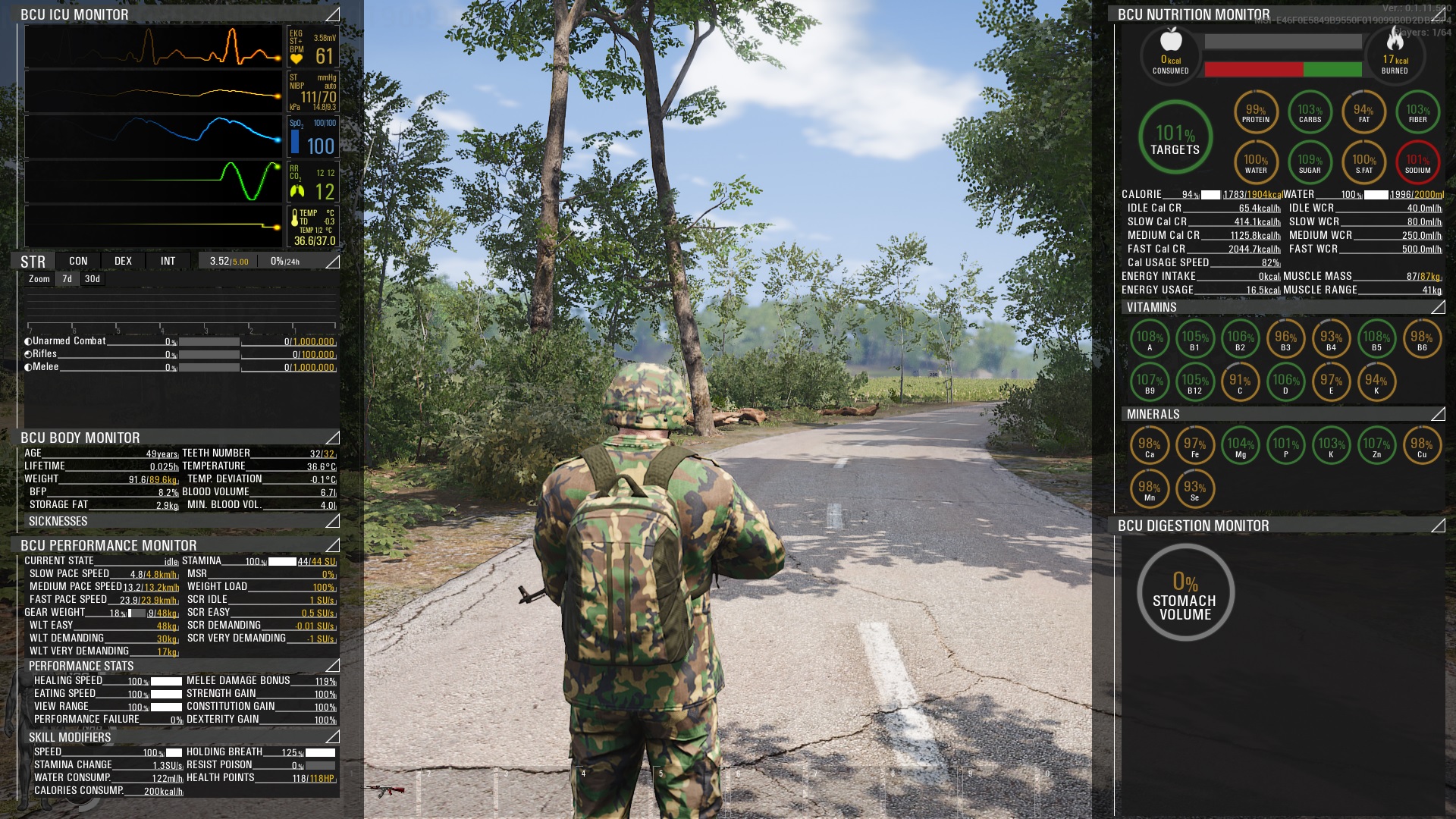 The best example that Josip gave me was how you could start with a really overweight character and then build them to become incredibly fit. You can accomplish this in numerous different ways, through starvation and water deprivation, to running around the game’s world on foot. This game world is huge, too, clocking in at 144 square kilometers. It is mapped out on a 12 x 12 grid with different areas focusing on unique climates (such as mountains, beaches, snowy terrain and forests).

Another element that Josip is proud of is something called the “Fame” system. Since other survival games will reset your character upon death, Gamepires has come up with the idea of integrating the actual premise into the gameplay, by allowing players to acquire fame points that they can spend on death. Josip theorized about how they might balance the mechanic by allowing you to spend fame at will, which would then, in turn, make you gamble on whether or not you’d die without a way to respawn with your skills. It sounds like a great way to incentivize players to take risks, or even just boot up the title.

SCUM can be played solo or online, with support for up to 64 players. Josip isn’t a technical guy, so he couldn’t confirm if SCUM would be running on dedicated servers or not. He did tell me that the company would be renting out servers for players and that they were looking into the option for letting individuals host their own custom games. Then, when you do rent a server, you can further modify the game to suit your own needs. 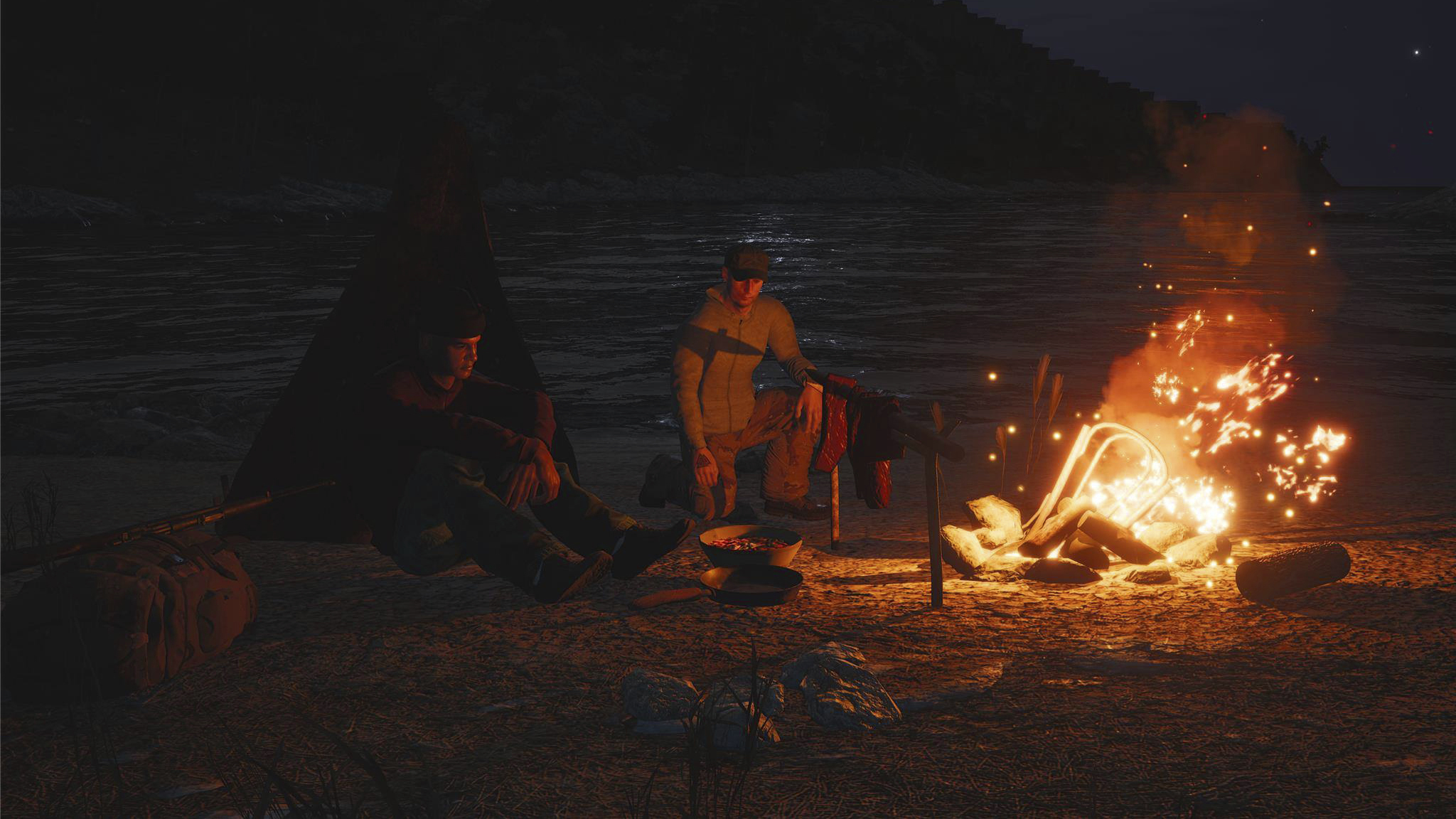 Examples of server modifiers would include increasing available supplies, or just making the world an all-out warzone. Since it wouldn’t be a survival game without guns, SCUM has a whole range of weaponry with the same insane attention to detail as the character creator. Josip went on this massive explanation of how they brought in military experts to nail the ballistics, so that SCUM will play completely differently to the plethora of shooters on the market.

The demo running at PAX was essentially that, too; a standard king-of-the-hill style team game. While most of the people at the event were understanding of why this was, Josip did say that the devs have been getting questions about why a survival game is showcasing only its deathmatch capabilities. Considering the team at Gamepires is made up of 17 individuals, the combat is probably the only thing they can really demo at the moment.

I did get to play a round in this mode and I have no idea how I feel about it. The guns are certainly realistic and you can die in literally seconds, but the pacing of the match was just so prolonged. Since there wasn’t an overall timer, each team could reset the countdown on the final objective indefinitely. This led to a stalemate that went on for probably 25 minutes, which is crazy for a game where you could potentially die in a single bullet hit to the arm. 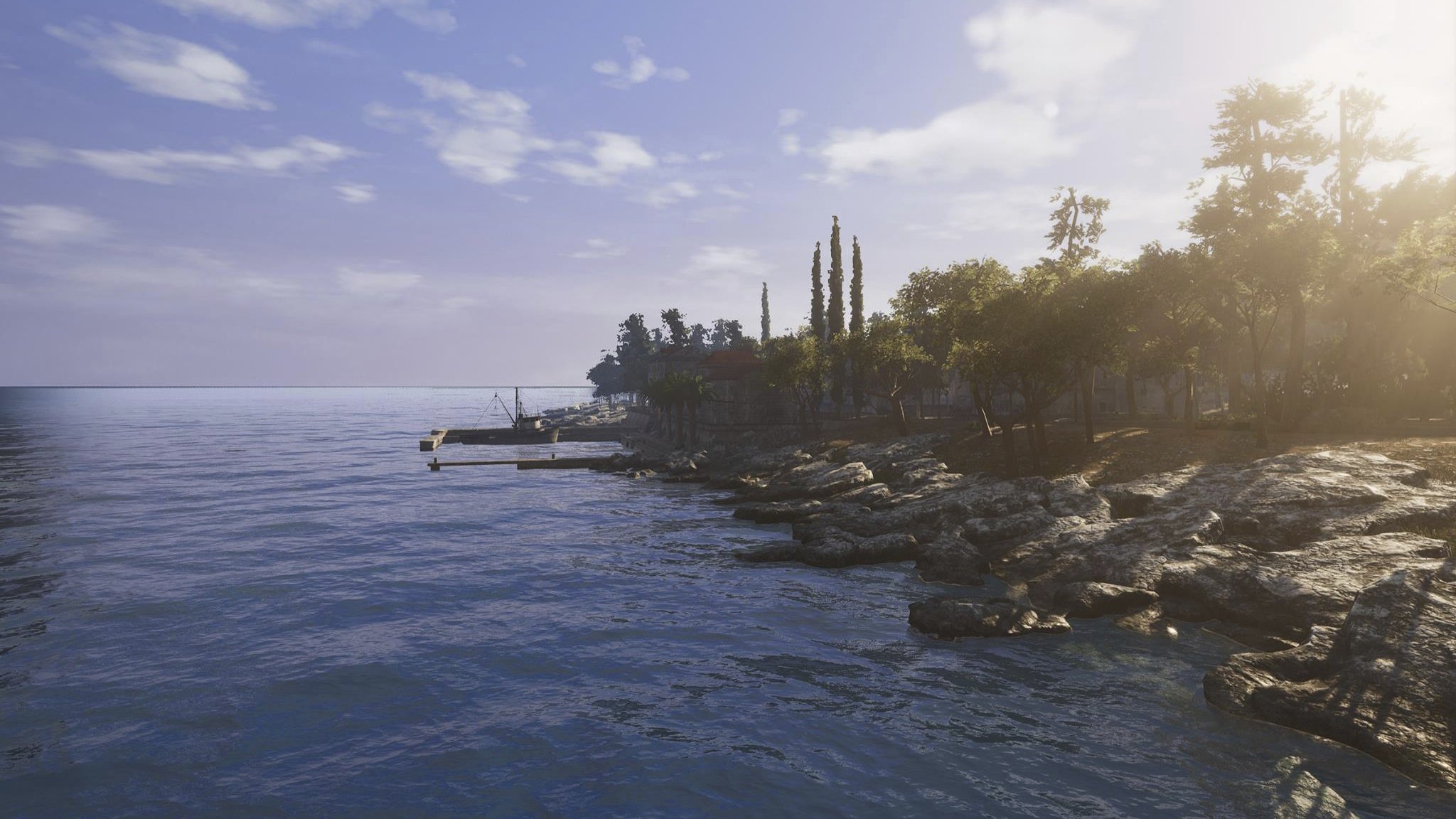 That level of dedication to real life is still kind of impressive to me. Josip was eager to explain how other shooters don’t take into account how bullets penetrate limbs and that taking a bullet directly from the side would likely result in death in real life. He also told me how one of the military reps they brought in explained how getting shot with an SVD sniper while wearing a bulletproof vest knocked him on his ass, which is something the team is still trying to implement.

I just don’t know how far that attention to detail to going to take SCUM. Survival games are already a niche audience and this just sounds like it is appealing to smaller subset of an already small group. Josip did constantly say that you don’t need to micromanage your stats in SCUM. If you play it like your daily life and only take basic care of your character, you don’t die due to starvation. The only negative will be that your character isn’t particularly healthy.

Maybe my lack of interest in the genre is what is clouding my judgement. I’ve never been big into survival games because they make me think about real life too much. I can take light survival elements (like in Breath of the Wild), but going full hog and recreating life is just too much for me to take into account. I don’t want a game where if I jump incorrectly, I will break my ankle and then need to rest it for three days.

Still, there is something for everyone and I’m sure that fans of these hardcore style games will find something to love with SCUM. This is the most hardcore game I’m likely to ever see, so I’ll always remember it for that.