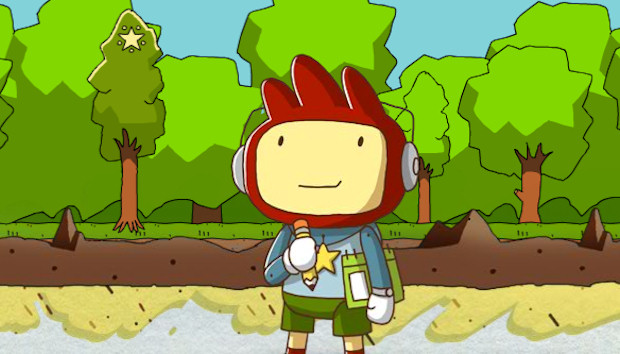 Scribblenauts was originally slated for an early Sepetember release date, but new reports seem to indicate instead that 5th Cell’s highly anticipated DS game won’t be coming until October 9. This might just be the European release date, but nobody’s actually confirmed that yet. Frankly, just one day of waiting is too much.

Luckily, publisher Warner Bros. has launched a new official Web site for the game in order to stave off our rampant hunger. It’s full of neat stuff such as wallpapers, ringtones and a screensaver. It looks like it’s designed for children, but I won’t tell anyone you’re looking at it.

The site still says September, so hopefully the game’s not been delayed in North America. I want Scribblenauts right now. After all the good press I’ve given 5th Cell, the least they could do is let me play it a bit!

[Update: Yes, October 9 is the official European release date, not the North American one.]