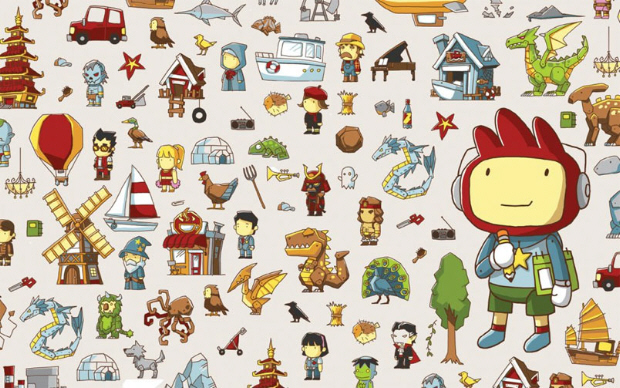 If you’re like me or Jim “Not as cool as Hamza” Sterling, you found Scribblenauts to be a valiant effort that bit off a bit more than it could chew… and had crappy controls. Still, if you’re like me and Jim, you can’t seem to put the game down despite all its flaws, and random coincidences that are not actually flaws. For those of us in this situation 5th Cell’s recent post at the game’s Facebook page is intriguing. The page is teasing a special announcement for the game.

“Get your rooster hats ready! We have a very special announcement coming very soon…” the post reads. What could it be? It seems far too soon for sequel talk, especially for a brand new IP. Are we going to see some sort of word expanding DLC through the Wii or DSiWare? That’s probably some hopeful dreaming, but if they did it I’d be far more excited about both the download services. Maybe they’re bringing the game to another platform, but without the stylus’ touch spelling or writing I don’t see it working as well. Only the future can tell.