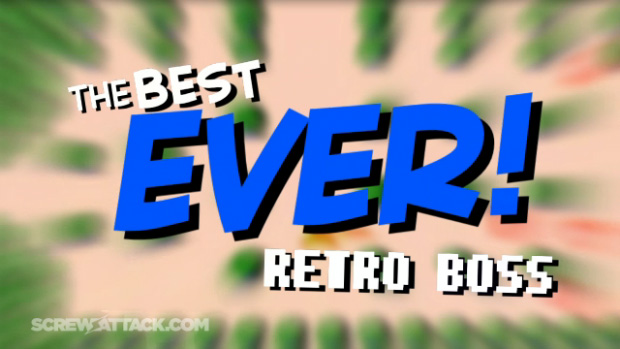 With a title that I would have expected our own Chad Concelmo to concoct, ScrewAttack has kicked off a new series entitled The Best EVER! The premise is quite self-explanatory: folks ask SA their opinions on the best “whatever,” then they present their responses. Instead of doing a typical “top 10” list or making a single, definitive choice, each staff member offers his personal favorite.

For this first episode, the topic is retro bosses. I’m guessing “retro” means any console at least two generations back — The Great Mighty Poo from Conker’s Bad Fur Day is one of the picks. The video serves as a good discussion starter, because who doesn’t love to share their most favoritest things ever?

For me, my favorite retro boss would be the Mecha Dragon from (duh!) Mega Man 2. You are jumping across the floating blocks in Wily’s castle when this beast pops up and starts chasing you down. You can’t fight it just yet, so you keep hopping along and hope you don’t miss a jump. Most all other bosses in the Mega Man series give you some clue as to the impending battle, like a chamber gate or Wily’s logo in plain view. Not only does the Mecha Dragon appear completely out of the blue, you can’t even engage it in battle straight away. No other Mega Man boss since has ever followed a similar structure.

The Best EVER: Retro Bosses [ScrewAttack]

Filed under... #nostalgia#Offbeat#retro#ScrewAttack#Things gamers do