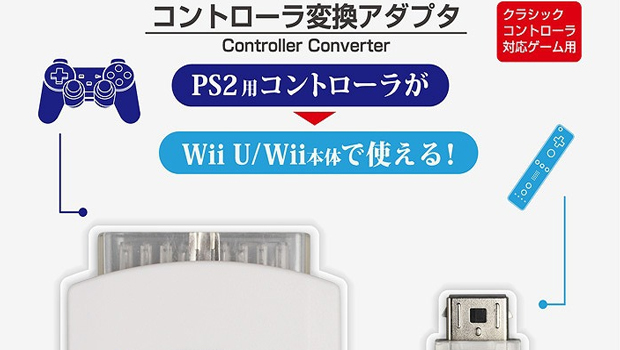 A third party peripheral that actually looks worth having, imagine that

I’m not fond of the Classic Controller. Not in the slightest. And as much as I love the Wii remote and nunchuk set-up for some games, it’s far from the ideal way to play titles like Tatsunoko vs. Capcom and Super Smash Bros. Brawl. At least we still have our trusty GameCube controllers to rely on, right?

Well, no. As it turns out that the Wii U you doesn’t include GCN controller ports and the Wii U Pro Controller isn’t compatible with older games. It looks like those of us that are adverse to the idea of using the Classic Controller might have to turn to third parties for relief going forward.

That’s always a scary proposition, but I really like the concept of Datel’s conversion adapter, which gives folks the option to connect a PS2 controller to the Wii remote. Sure, it might look a little funny, but I’d be more than willing to shell out ¥ 1,980, (roughly $25) for the chance to have a more comfortable way to play my old Wii games.

Sure, Why Not Connect A PS2 Controller To Your Wii U? [Siliconera]