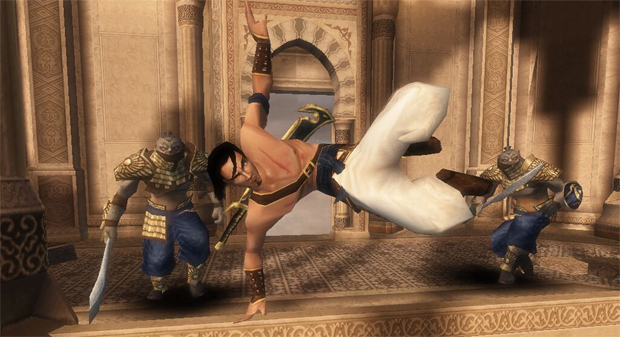 Jordan Mechner has released a “partial script” for 2003’s Prince of Persia: The Sands of Time. The 37-page document outlines the game’s cut-scene story sequences, with dialog and scene descriptions. Mechner says that while this resembles a screenplay, it only does so because it omits the in-game content.

It’s a quick and interesting read. I’d started playing Sands of Time again when the HD version was released on PSN, but I didn’t make it very far. I can’t say that reading the script has done a whole lot to convince me to go fire it up again but it is a good story, one of the better ones in the medium, and reading this is a lovely reminder of that.