Dead by Daylight is working its way down the list of horror movie icons. As inadvertently revealed earlier today thanks to a game update, the next playable killer will be none other than Ghostface from Scream.

When @DeadByBHVR make one the biggest mistakes they’ve ever made… pic.twitter.com/8QWy4HyBd5

Shortly after players discovered “The Ghost” in Dead by Daylight, developer Behaviour responded:

Some lucky players got a glimpse of our upcoming chapter release content in todayâ€™s mid-chapter update. We already pushed the right update live to all players on PC and PS4. XBOX users will receive it within a few days. In the meantime, enjoy the early hype on the next chapter!

Bit hard to say it didn’t happen when the entire community is that hyped, might as well embrace it! ðŸ˜Ž

Leaks happen, and when they do, you might as well lean into the buzz while everyone’s looking.

As for our long-faced friend, he can “move stealthily, crouch, lean around corners, and stalk survivors.” Using his primary power Shrouded Hunt, The Ghost has no terror radius, and his secondary, Stalk, allows him to give an individual survivor player the exposed status for a limited amount of time.

The Scream DLC leak also provided a glimpse of the masked maniac’s rare Simple Formula perk in which he fittingly becomes obsessed with one survivor. Here’s how it works: “When your obsession is hooked, the perk receives a token. Each token decreases your terror radius while in a chase by four meters up to a total of 2/3/4 tokens. When a survivor rescues another survivor from a hook, the rescuer becomes [The Ghost’s new] obsession. You lose all your tokens if the obsession is sacrificed or killed.” 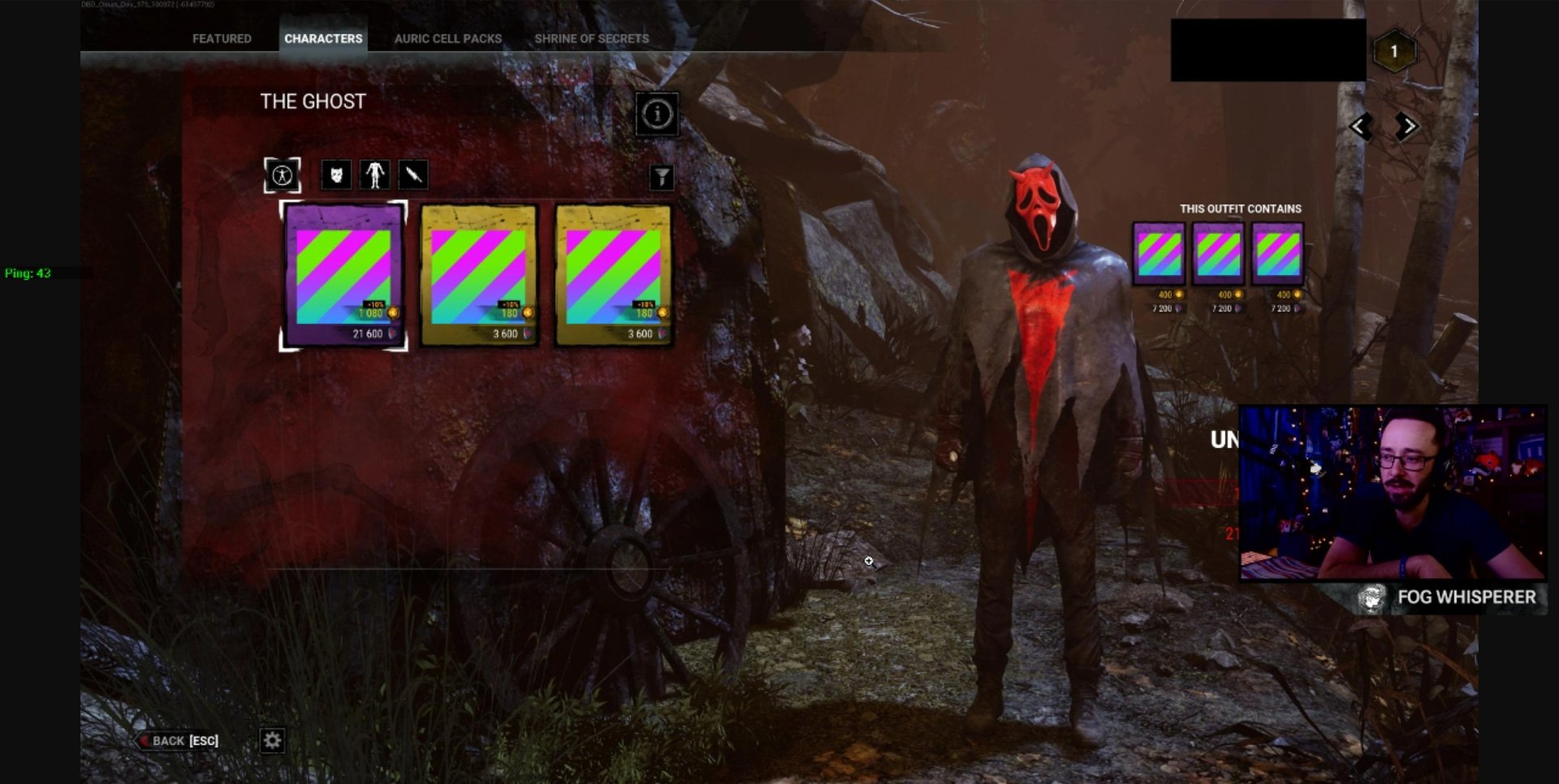 The concept of a sneaky killer who feeds on other players’ paranoia sounds like a treat. Ghostface should serve as a fun canvas for folks hoping to go all-in on the role while they stalk their victims.

Who should be next once this killer officially joins the roster? Most of my horror-movie besties are represented at this point, but Dead by Daylight could stand to recruit a certain Cenobite sooner rather than later. I’d also lose my stuff if Candyman ever popped up. The score alone puts me on edge.

Filed under... #Dead by Daylight#DLC#Horror#leak#multiplayer