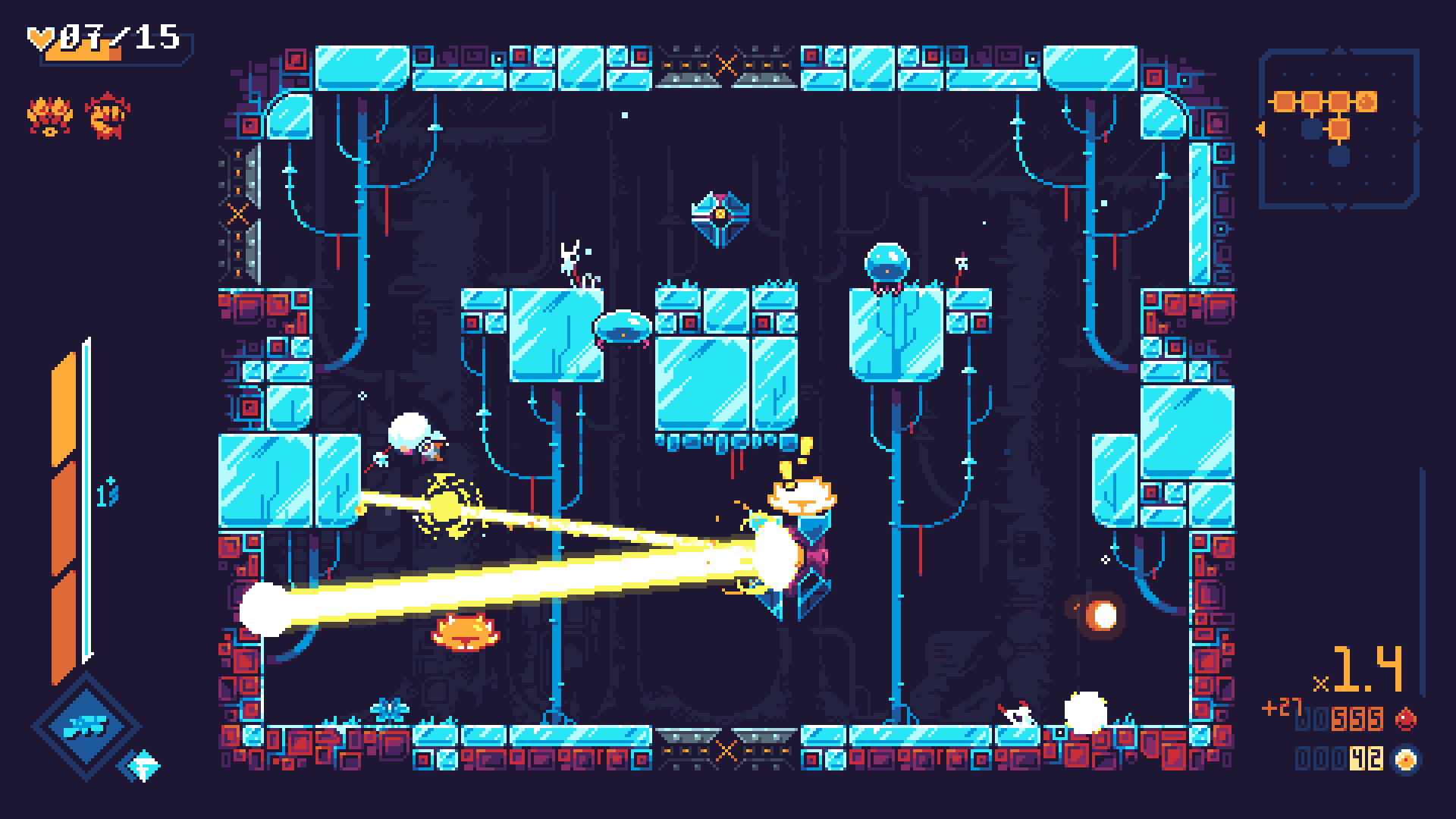 Not only is ScourgeBringer leaving Steam Early Access on October 21, the roguelite action game’s launch plan will also include same-day Nintendo Switch and Xbox One versions (and PC Game Pass support).

“After 130 weeks of development, 30 weeks of Steam Early Access, 4 updates, and 150 pizzas, we can hardly believe the date is almost upon us,” Flying Oak Games said in a message to Early Access players. “We couldn’t have done it without the support of our amazing community.”

I put a few hours into the unfinished version this year, and while it was light on lasting appeal, the aerial combat felt fluid, and I liked the pace of progression during my average dungeon runs. ScourgeBringer isn’t going to win over folks with serious roguelike fatigue, but it’ll click with some of you for sure.

What’s new for launch? The 1.0 release will have a new zone called The Beyond, tweaks to the item and weapon mod systems, new shops and NPCs, mini-bosses and other content to help freshen up the older areas, secret rooms, and Chaos Roots, “a new post-game mode with a bunch of run modifiers.”

I’d recommend using Game Pass for PC if you can. Otherwise, the Switch port sounds fab.