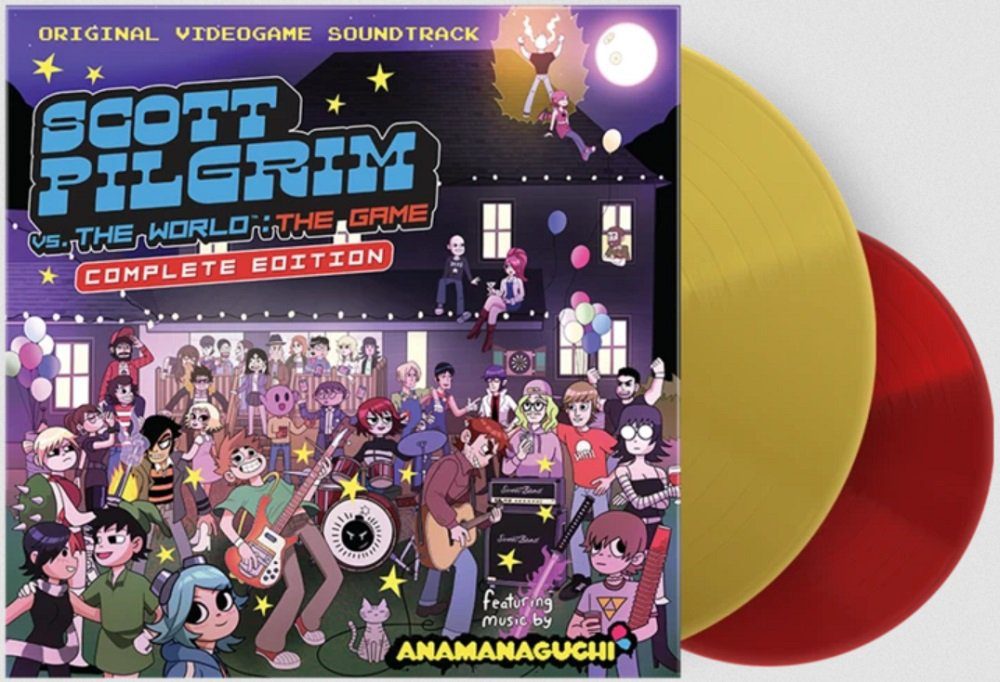 Makes you think about death and get sad and stuff

One of the key ingredients that makes missing-in-action brawler Scott Pilgrim vs. The World: The Game so compelling is its brilliant soundtrack. Composed by American chiptune artists Anamanaguchi, the OST is chock full of hard-rockin’ tunes, blending the classic sounds of the arcade with modern melody to score Scott and friends’ hard-hitting battle through Toronto.

And if you missed that opportunity to bag the soundtrack the first time around, fear not, as Limited Run Games has announced a second pressing of the Scott Pilgrim vs. The World: The Game soundtrack vinyl, to arrive alongside the scrolling brawler’s long-awaited return.

The re-release will feature two colored-vinyl records, with the first being a repressing of the original 2010 release, while the second vinyl will feature a selection of previously unreleased tracks. So die-hard fans who already own the original record, might want to double-dip. The sleeve features wonderful art of Scott Pilgrim’s memorable cast of characters, recreated by artists Julia Scott and Christy Frisby.

If you want in on the party, then pre-orders are open now over at the Limited Run Games store. The double-vinyl set is retailing for around $35 USD, while a package including an Anamaguchi shirt featuring Frisby’s vibrant art will set you back around $55 USD. Pre-orders will remain open until February 23, with the soundtracks scheduled to ship early-summer.