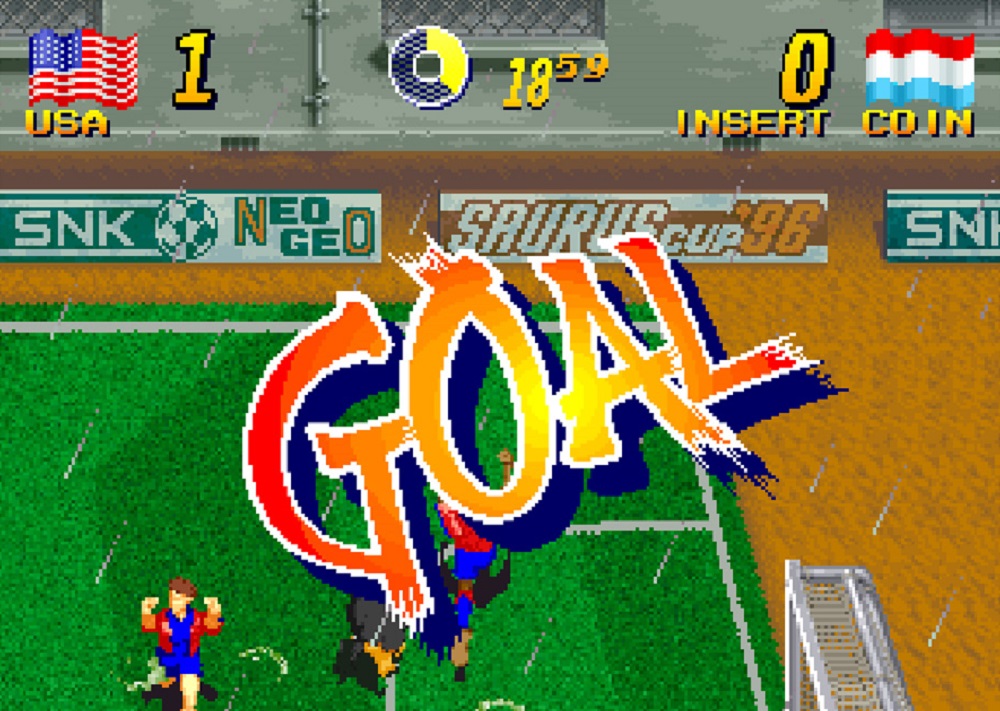 ‘It’s all here: fast-kicking, low-scoring, and ties? you got it!’

We’re taking to the pitch for the first of this week’s retro offerings from Hamster, as the amazingly-titled Pleasure Goal: 5-on-5 Mini Soccer makes its return on PS4, Xbox One and Nintendo Switch.

Developed by Saurus and published by SNK, Pleasure Goal arrived in arcades in 1996, though I don’t ever remember seeing it on these shores. What’s to say? It’s a five-on-five soccer title that features some weird audio call-outs and amusing “techno” music.

Pleasure Goal is very similar in pace and style to the early ISS games on SNES and Genesis, prefer fast-kicking arcade action to the simulation to other football titles of the day such as FIFA International Soccer. You can check out some screenshots of the game in action the gallery below.

Pleasure Goal: 5 on 5 Mini Soccer is available now on PS4 in Japan and Xbox One and Nintendo Switch worldwide, priced at around $8.