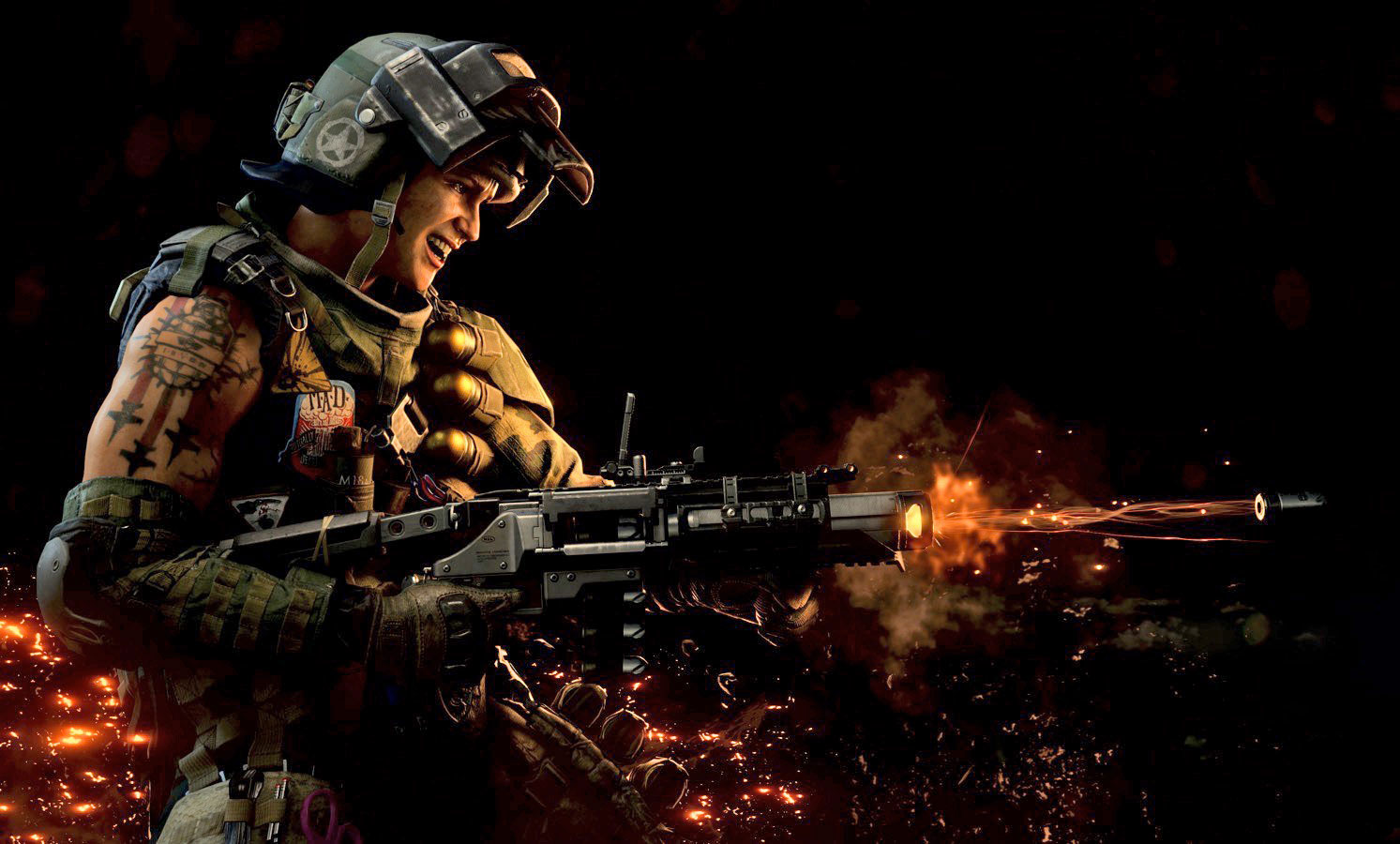 Pre-load has started for Call of Duty: Black Ops 4 and if you’re a PC gamer you can take advantage of a pretty decent 15% off pre-order discount running at digital retailer GMG. There, you’ll find two the digital editions of Black Ops 4 on sale for 15% off with Standard at $50.99 and Deluxe at $84.99. Considering the game has been winning strong praise for its battle royale mode during recent open beta periods, it’s safe to say that this will be one of the more popular titles this Fall.

Developed by Treyarch and Beenox, much like Destiny 2, the game will exclusively be on Battle.net for PC gamers. So if you’ve been looking for it on Steam Store you’re out of luck. As of writing GMG is sending out Black Ops 4 Battle.net key immediately after purchase so you can get started with pre-load. Given the size is roughly 58GB and the game launches in a few hours (at 9PM Pacific) you may want to start sooner rather than later.

Interestingly enough, GMG had the Enhanced Digital Deluxe Edition on sale also at 15% off for $110 – but the product SKU is no longer available on GMG’s store catalog. If you really want those extra digital deluxe bonus items, you can pay the full price on Battle.net for a cool $130.

Note: GMG is currently running a timer on the Black Ops 4 deal, showing an expiration by tomorrow morning at 8AM PDT. Based on our experience GMG will still offer some sort of discount, but don’t be surprised if the savings are significantly reduced come release date – given this is an Activision Blizzard title.

Update: As expected, the discount has been reduced to only 8% off for Standard and 10% off for Deluxe. As of writing, this is the only legitimate discount we’re seeing on Black Ops 4 from an authorized retailer. 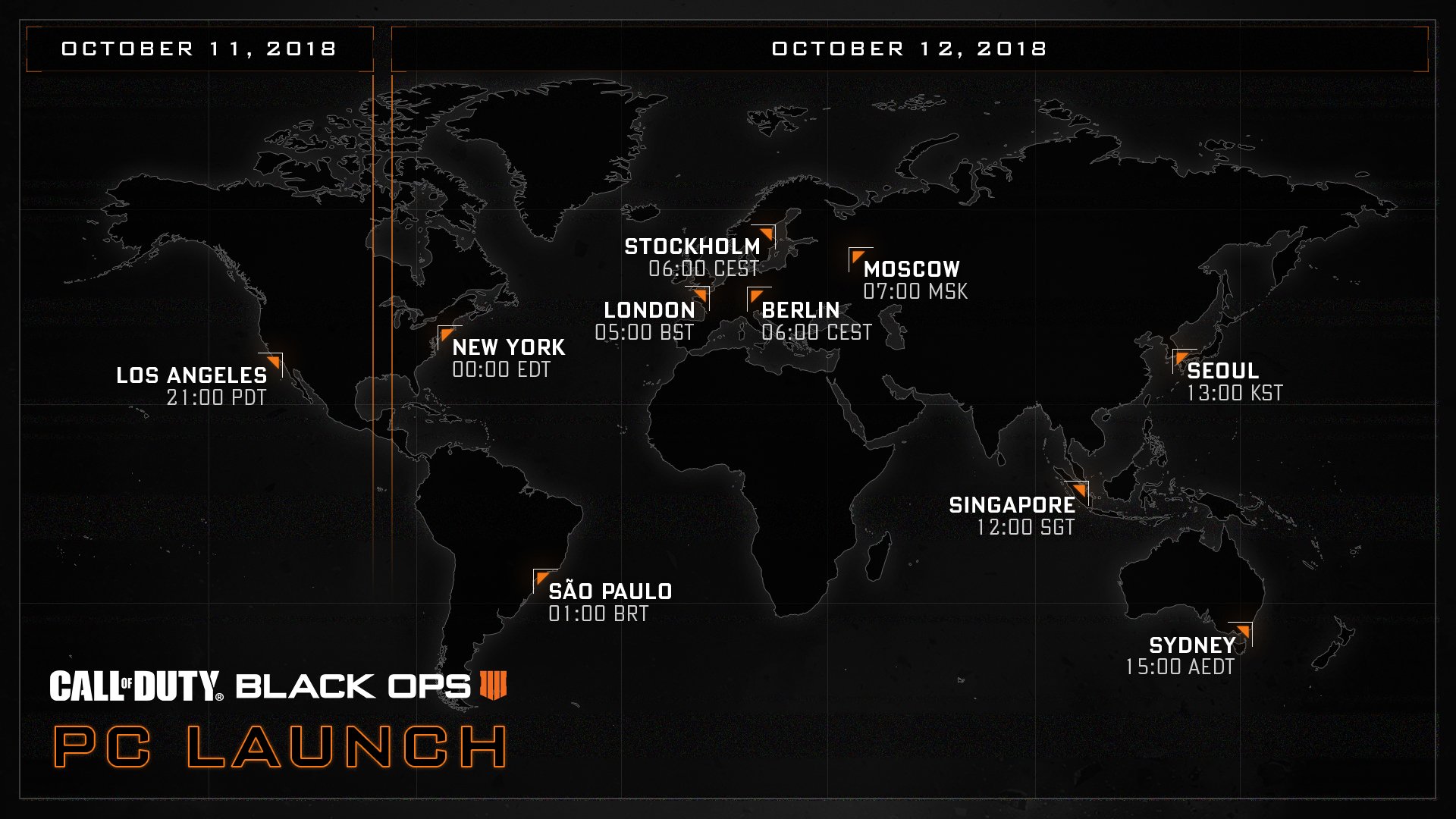 Call of Duty: Black Ops 4 will launch in the US at exactly midnight Eastern Time on October 12, 2018. So that’ll be 9PM PDT in the West Coast and 12AM EDT in the East Coast. For the rest of the release time, refer to the schedule above.

The differences in the digital PC editions of Call of Duty: Black Ops 4 is rather straightforward. Standard gets you the base game and 1,100 in COD points. For the Deluxe, you’ll get 2,400 COD points along with the Black Ops Pass (“Classified” the zombie experience on launch, 4 additional zombie experiences, 12 additional multiplayer maps, and 4 exclusive Blackout characters). Finally, the priciest edition includes all the above mentioned along with digital deluxe bonus items (specialist outfit and signature weapon).

Suffice to say the Enhanced Digital Deluxe Edition doesn’t appear to be worth the extra $20, especially if you compare it against the discounted prices at GMG. If we spot more deals later this release weekend, you can be sure we’ll toss them up above.