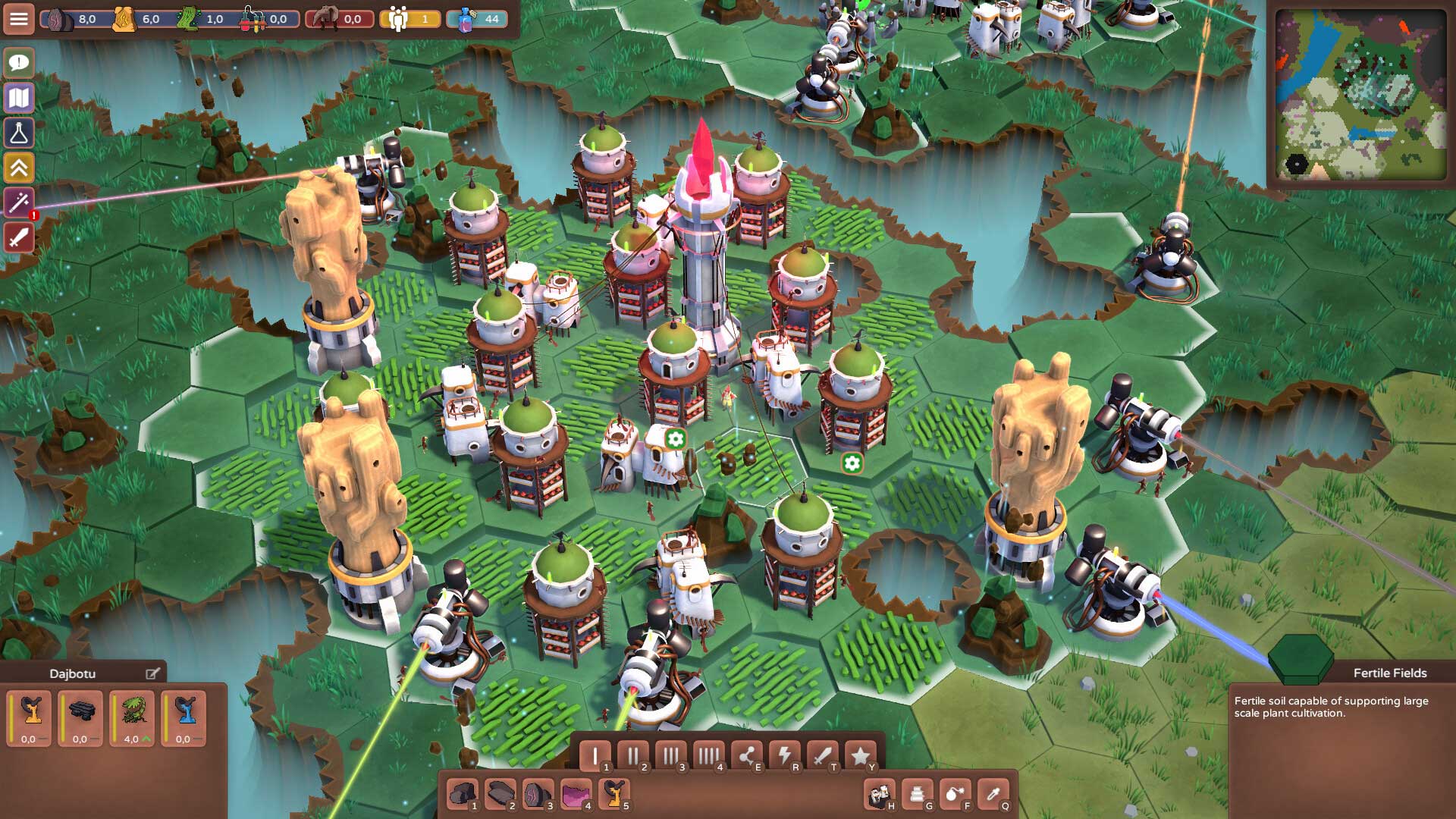 There’s nothing quite like that first marathon session with a new city builder when everything’s fresh and you haven’t backed yourself into a corner yet. In the upcoming hex-grid-based colony sim game Scorchlands, you’ll terraform a volcanic moon with a blend of science and magic, weaving an “industrial web” of lasers to transport resources.

Instead of a far-off overseer, you’ll play as a bird-like Giwi on the ground. Having a colorful palette and a few wrinkles to shake up the usual city-builder format goes a long way.

From the trailer, I can already tell that reshaping the hostile landscape and semi-strategically plopping down a bunch of structures will feel like a nice little brain massage.

There will be combat in Scorchlands, although the developer, Ringlab, describes it as a “minimalistic” system in which “positioning will be the key.” Ideally, the wildlife on Helia will keep the pressure up from time to time without being annoying. I’m not outright against combat in building sims like this, but I tend to prefer the Terra Nil approach.

Look out for a demo

Scorchlands will have a demo “in just a few days.” And when it’s ready, the game will launch in Early Access — Ringlab expects a year-and-a-half run before the full release.

“While the game is currently in a good state content-wise, we still wish to expand it by adding things that will make the game worth returning to, repeatedly,” said Ringlab.

“We also want to improve the already existing mechanics and make them as intuitive as possible, especially at the later stages of the game.”

During Early Access development, the (currently “lighthearted”) story will be fleshed out.

Scorchlands is up on Steam and GOG for wishlisting.