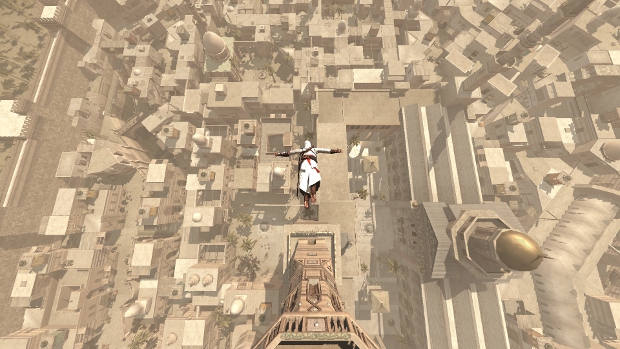 ‘If the jumper is willing to suffer severe injuries…’

Everybody knows that people who play videogames are impressionable. After playing Pac-Man, we invariably binge eat. After a session with Call of Duty, we all joined the military. But science says that maybe we shouldn’t do everything we see in a videogame. It turns out that jumping off buildings and landing in haystacks a la Assassin’s Creed can be quite dangerous.

In an article published in the student-run Journal of Physics Special Topics from the Department of Physics and Astronomy at the University of Leicester, the authors found that a 1.5 meter haystack can safely cushion a fall from about 12 meters. It does note in the paper that a fall from up to 50 meters can be survived “if the jumper is willing to suffer severe injuries” in the process.

‘Assassin’s Creed’ may give gamers a gripping sense of vertigo, but its leaping calculations are optimistic at best [University of Leicester]