I was recently made aware of a Half-Life 2 source mod that has been generating a huge amount of controversy for its “sick” subject matter. School Shooter: North American Tour 2012 is a first-person-shooter in which the goal is to get angry, pack heat, and shoot up a school full of innocent civilians.

Is it tasteless? Yes. Is it offensive? Undoubtedly. Is it a sick and twisted mockery of the industry that doesn’t have a right to exist?

Possibly … but be careful if you advocate that particular argument. Nobody likes to look like a hypocrite.

According to The Escapist, the only thing School Shooter has done successfully is to offend everyone. I’m afraid to say that in this alleged achievement, the developers have failed, for I am not offended. In fact, I applaud the gall of the people in charge.

I like dark humor and I enjoy tasteless fun. Long have I been a fan of shows like South Park, where the envelope is pushed on a weekly basis. I am a huge admirer of British satirist Chris Morris, whose show Jam involved some of the darkest sketches ever committed to film, based on a range of subjects that frequently crossed the line into disturbing, even horrific territory.

As a lover of tasteless television, I cannot in good conscience claim to be upset at the existence of a tasteless game, and I would hope that most of you feel the same way. Not because I think we should all feel compelled to actively celebrate the game, but because I am a staunch believer that the cherry-picking of offensive content is utterly disingenuous.

We live in a society where people frequently decide what to offended by. Whether it’s jokes about their race, social class or personal experience, there are millions of people around the world who hold certain things sacred and demand that nobody is allowed to make jokes about them. It’s hypocrisy at its most blatant level, however, as these people will frequently laugh at jokes made about other subjects. It’s what I call the South Park effect — where a joke is funny until you’re the victim, then it’s offensive.

I call it the South Park effect because I have been friends with people who reacted in this way over the show. These people would say things like, “I used to think South Park was funny, but then they made a joke about …” and they’d rattle off their own personal hot-button, as if that one joke somehow stopped the entire show being worthy of attention. Never mind all the OTHER sensitive, controversial subjects that Matt Stone and Trey Parker have made fun of. It’s all funny so long as someone else is being offended.

We’ve seen the same thing in videogames. One only has to look at the manufactured controversy over Penny Arcade’s “Dickwolves” fiasco to see how some hypocrites among us only reach for the pitchforks when they are the subject matter of a humorist’s routine (or, in the case of Penny Arcade, simply think that they are). So, too, do I find it hypocritical that gamers are now bashing School Shooter. 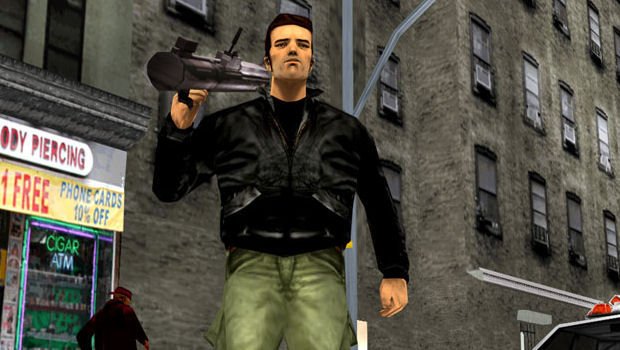 Show me someone who says they don’t enjoy running over civilians in Grand Theft Auto, and I’ll suggest there’s a greater than small chance that the person is a complete liar. Personally, I’ve no shame in admitting that I’ve gone on many killing sprees in Grand Theft Auto and Saints Row. It’s cathartic, in a way. I believe that, as humans, we’re all hardwired to feel aggression and violent tendencies. Better to work them out in a videogame than real-life. Violent videogames are fun because they allow us to express our more brutal, sadistic sides in a way that hurts nobody.

Yet, here’s a game that is dedicated entirely to that harmless endeavor, and we paint it as sick and sociopathic. Why? Because it’s set in a school? Do you have any idea how arbitrary that is? Whether it’s in a school, on a battlefield, in space or on the streets of Liberty City, you’re still pretending to kill humans.

You know what screams sociopathic to me? Excuses. People who kill others and then attempt to justify their actions by saying, “Well THAT was different.” Looking for pity and trying to excuse one’s behavior is the mark of a true sociopath. I do not think that School Shooter is sick in any damning sense of the word. I think it’s refreshingly honest.

What School Shooter does is utilize the basis of our most popular videogames — the taking of human life — and strip away the bullshit excuses and justifications. It’s a violent digital playground in which you’re encouraged to take out your aggression on soft human bodies. In essence, this is the premise of hundreds of videogames. All this game does is take out the weak excuses for the violence.

Due to its contemporary setting, there is no doubt that School Shooter touches nerves for some people. However, that’s no different from any other medium. Some gamers have attempted to argue that the interactive nature of School Shooter is what makes it different. Correct me if I’m wrong, but isn’t that the exact same argument used against all videogames by critics such as Leland Yee? You’re actually going to resort to the “Well games are the exception” bullshit used by the likes of Arnold Schwarzenegger, Jack Thompson and the Daily Mail? Interactive or not, games are NOT the exception. Either videogames are free to explore any topic they like, or every medium should shut the fuck up and be terrified of upsetting people.

Because that’s what this is all about. Upsetting people. I’ve not yet seen a gamer worried that School Shooter might turn people into killers. I’ve seen them worried that it will stop the ever-fictional Counsel of Social Acceptance from “taking videogames seriously.” School Shooter is going to upset people, and that somehow is going to “set us back”, as if some Half-Life mod has the power to destroy a billion-dollar industry.

People whine about games being “accepted” and they stamp their feet to demand that games be viewed as art. You know what, though? You don’t deserve to have your medium viewed as art if you’re going to be a fucking child and throw a tantrum when something you don’t like happens. That is, after all, what kids do. They also want to destroy what they personally dislike, and they also get upset if it persists. A seven-year-old will pick an arbitrary reason to take offense at something and angrily demand that it be taken away. 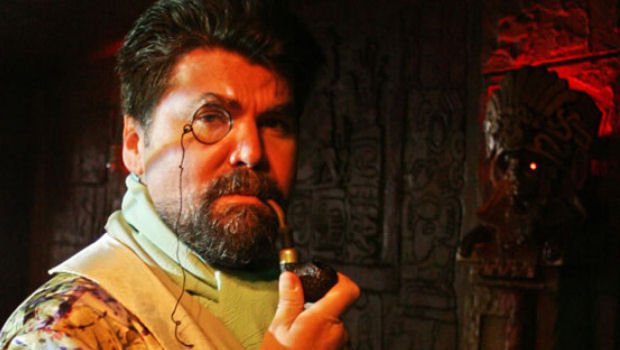 A mark of maturity is the ability to accept the immature. A mark of intelligence is to tolerate, perhaps even enjoy, the stupid. I’ve always believed that, and I stand by it. I believe it takes a lot more intellectual strength to think, “This is dumb and offensive, but it’s entertaining, so who cares?” Despite its dark premise, School Shooter might actually be a fun game, and I find it infantile to completely write it off just because of the subject matter.

If you’re old enough to read this, there’s a huge chance that you’ve enjoyed countless things that have upset somebody else. With that in mind, where does one draw the line? Do we say “Well, war and cop-killing in Liberty City is fine, but rape and schools are totally off limits because we must think of the victims.” What about the victims of war and street crime? Why don’t they get considered? Once we start deciding some subjects are cool and others are off-limits, we start a chain-reaction that can only be ended with the eradication of all forms of entertainment.

I’ve said it before, and I’ll say it again — if people stopped making things because they might offend someone, we wouldn’t have ever developed a culture to call our own. Progress in entertainment would never have been made. We’d still be watching Victorian melodramas where women couldn’t even show so much as an ankle without getting censored. And even those might upset somebody, so maybe we’d have just scrapped entertainment altogether. And jokes. And conversation of any description.

It’s not like School Shooter is ever going to be in the vanguard of a great cultural revolution. It is, at the end of the day, a simple Half-Life mod that is probably getting a little bit too much attention. However, its right to exist is something that we gamers, regardless of our opinions on art and social acceptance, should champion. Anything less than total support for this game’s existence is an admission that videogames aren’t allowed to be anything other silly toys about space marines and hedgehogs.

After all, whether positive or negative, the ability for art to affect you in such an extreme way lies at the very core of its power, and deserves your utmost reverence.