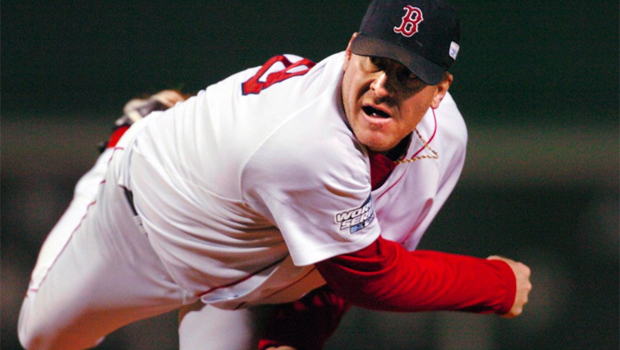 Former MLB pitcher Curt Schilling is selling his personal effects to pay off the debts of 38 Studios. Last year, the company released Kingdoms of Amalur: Reckoning only to file for bankruptcy and shutter months later. Among the items to go up for auction will be Schilling’s prized bloody sock from the 2004 World Series.

That year Schilling pitched through injury to win one of four consecutive elimination games in the American League Championship Series. Schilling underwent tendon surgery on his ankle prior to a critical Game Six. The hobbled pitcher managed to throw seven effective innings and force a winner-take-all game with the New York Yankees.

This, however, is not that sock. Schilling had to have his ankle stabilized repeatedly that year. The sock in question comes from his Game Two World Series victory over the St. Louis Cardinals. While the original sock was lost following the ALCS victory, Schilling kept the second and later donated it (on loan, apparently) to the Baseball Hall of Fame.