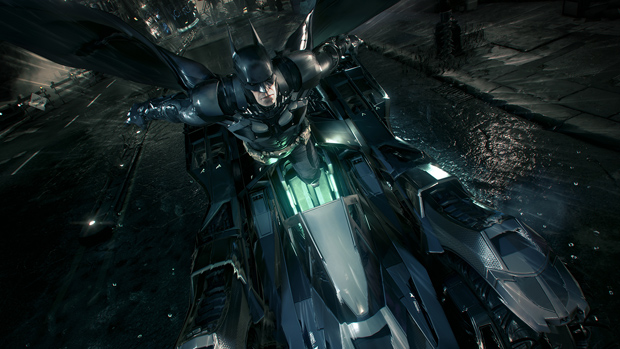 Have a good look at the Batmobile

The screenshots were nice, but we’re on to bigger and better with this footage of Batman: Arkham Knight. I vaguely recall there being a tease in Arkham City concerning the return of Scarecrow, and sure enough he’s back with Two-Face, The Penguin, Harley Quinn, and presumably others. The greater concern seems to be the all-new Arkham Knight, shown at the end of this clip.

For the purposes of the trailer, it makes sense that Rocksteady Studios would want to heavily focus on the Batmobile — it’s one of the major new features for the series. I’m wondering how much of Arkham Knight centers around the vehicle, though. It’ll show up in Riddler Challenges, that’s for sure. And driving upside down? Yes, why thank you.

I can’t tell you how happy I am that it’s Rocksteady working on this project.