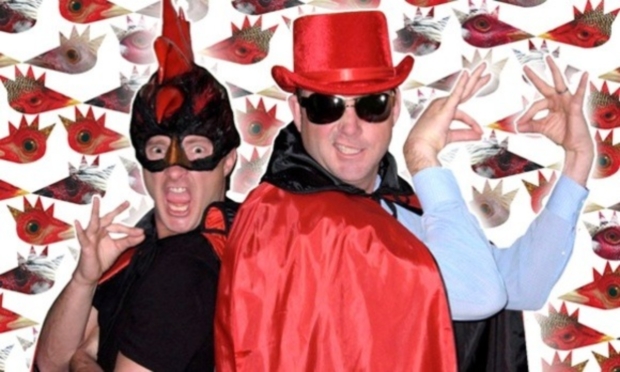 Ok, stick with me on this one because Destructoid is about to get all serious business on your ass. Late last year Dementium: The Ward and Insecticide developer Gamecock sold itself to competitor SouthPeak and all was happy time roses and bunny rabbits. Of course that was just an official press release, the real truth was not quite so pleasant and according to an in depth report on the sale that Joystiq has put together, far from the cute fluffiness of rabbits. According to Gamecock’s former president, Mike Wilson, SouthPeak hasn’t been very friendly to vendors that Gamecock owed money when they were purchased by SouthPeak. In fact some of them are suing. Wilson tells Joystiq, and many of the vendors are contending, that SouthPeak has flat out refused to pay them and the ones they have agreed to pay they are being forced to take as low as 25 percent of the actual agreed payment.

One former Gamecock producer spoke out for four of the vendors. “I can think of no reason why my four work-for-hires would not be paid, especially once SouthPeak’s lawyer contacted them early on and acknowledged that their invoices were good and would be honored and paid in full,” he said, opting to remain anonymous. “Ever since then, for nearly a year, they have been told a check would be sent very soon. At one point, approximately 8 months ago, they were even told that their checks were in the mail.”

SouthPeak has claimed that they were not ready for the extra burden of paying off the old vendors because of the economic times, but Wilson isn’t buying it at all. “All moneys owed and receivables booked were disclosed in detail before the transaction could close, with us and our investors having to sign declaring that this was ‘everything’,” he said. “Typical stuff, but at light speed due to the situation.” The light speed situation was due to the fact that Gamecock went on the market after one of their investors pulled out, and SouthPeak, in a brilliant business move, swooped in (there’s more info on the buy out in the beginning of the Joystiq story). Wilson even says that SouthPeak tried to get him and Gamecock co-founder Harry Miller to contact vendors and attempt to talk them out of the money that was owed to them. He cites this as one of the reasons he and Miller left the company.

SouthPeak refused to respond to the allegations, stating, “SouthPeak continues to diligently work through the outstanding details related to the acquisition of Gamecock Media Group. We cannot comment on any pending litigation other than those cited in our public filings.” Not to surprising considering commenting on ongoing lawsuits can probably get you in some deep trouble. For now they seem to be content with dragging Wilson and Miller’s names through the mud, telling vendors that most of the trouble is because of the two former CEOs of the company. Wilson denies this.

It’s an interesting read that I’ve chopped up a bunch, so I suggest heading over to Joystiq and checking it out. Whatever the truth of the matter is, this kind of thing is something you never hope to see in the gaming industry. We’ve got enough people attacking us from the outside, we don’t have to start screwing over each other.