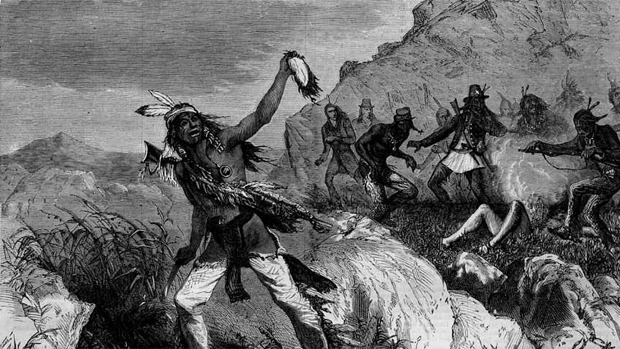 “Nothing is true, everything is permitted.” Well, almost everything.

We now know quite a bit more about what players will experience when they play Assassin’s Creed III later this year, but we can also report on something Connor won’t be doing as he fights the Templars in the Americas: taking scalps. Though members of the press were shown an early animated sequence in which Connor claims a scalp from an English soldier, the AC III team decided that the act was too gruesome — particularly after learning it was commonly performed while the victim was still alive.

I have to admit to feeling a slight pang of disappointment over this. The scene we were shown featuring a possible implementation of the action as a mechanic was incredibly powerful, complete with a stomach-churning sound effect which really hit home. That said, what do you do with a scalping mechanic?

Forgetting for a moment the inevitable controversy which would come from people either ignorant or ashamed of the history, the impact of the action I enjoyed so much would be completely destroyed if turned into an activity the player performs frequently. And trading human scalps for cash (however historically accurate that may be) would take the already cheapened act and turn it into something truly morbid. It’s probably just as well.