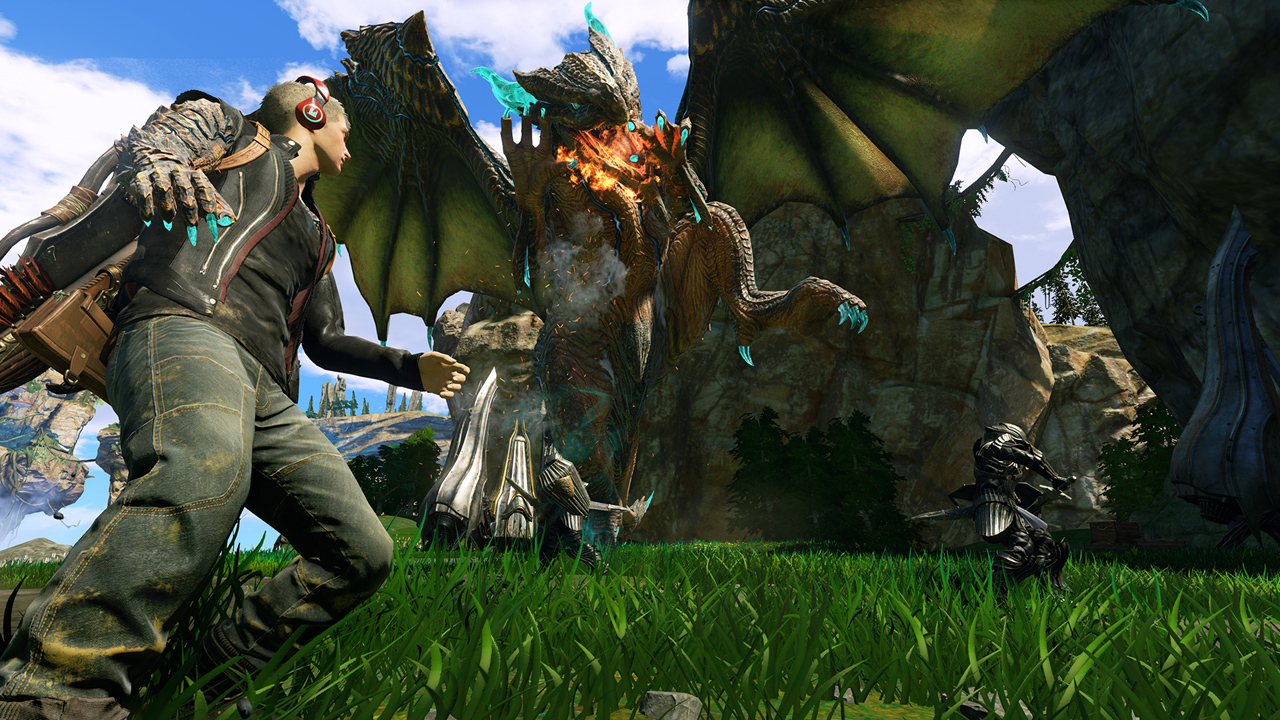 At today’s gamescom press briefing, we got our first look at Scalebound gameplay footage and it looks really bloody cool.

At the press conference we not only got to see five minutes of gameplay footage, but we also learned that our Beats-wearing hero can play alongside his friends in four-player co-op.

So, what did we learn from the gameplay? Well, you’re some modern headphone-wearing badass with a sword and bow, and dragons think you’re rather awesome. You seem to be playing as a form of dragon trainer who can communicate with them.

Scalebound is due to release holiday 2016.