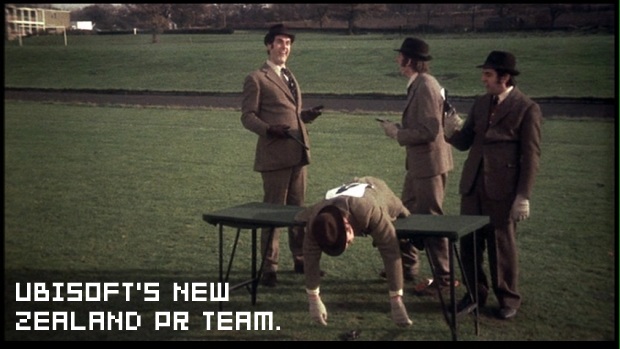 Auckland, New Zealand’s Viaduct Basin, a popular nightlife area, was the site of one of the dumbest publicity stunts ever this past Friday night The New Zealand Herald is reporting. Evidently in promotion of Splinter Cell Conviction a man with bandages on his hand pulled out a fake gun and pointed it at people. The people obviously panicked and ducked for cover while the police came a running with guns drawn.

Luckily the police figured out that it was a fake gun and ended up finding out that the man was working for a publicity firm. Monaco Corporation, a publicity company that works with Ubisoft in New Zealand, has apologized for the stunt, but says that it was not orchestrated by them, but by another marketing firm that they hired.

No matter who did it, it means that at some point this seemed like a good idea. Then again, here I am promoting the game in some way, so I guess it worked.