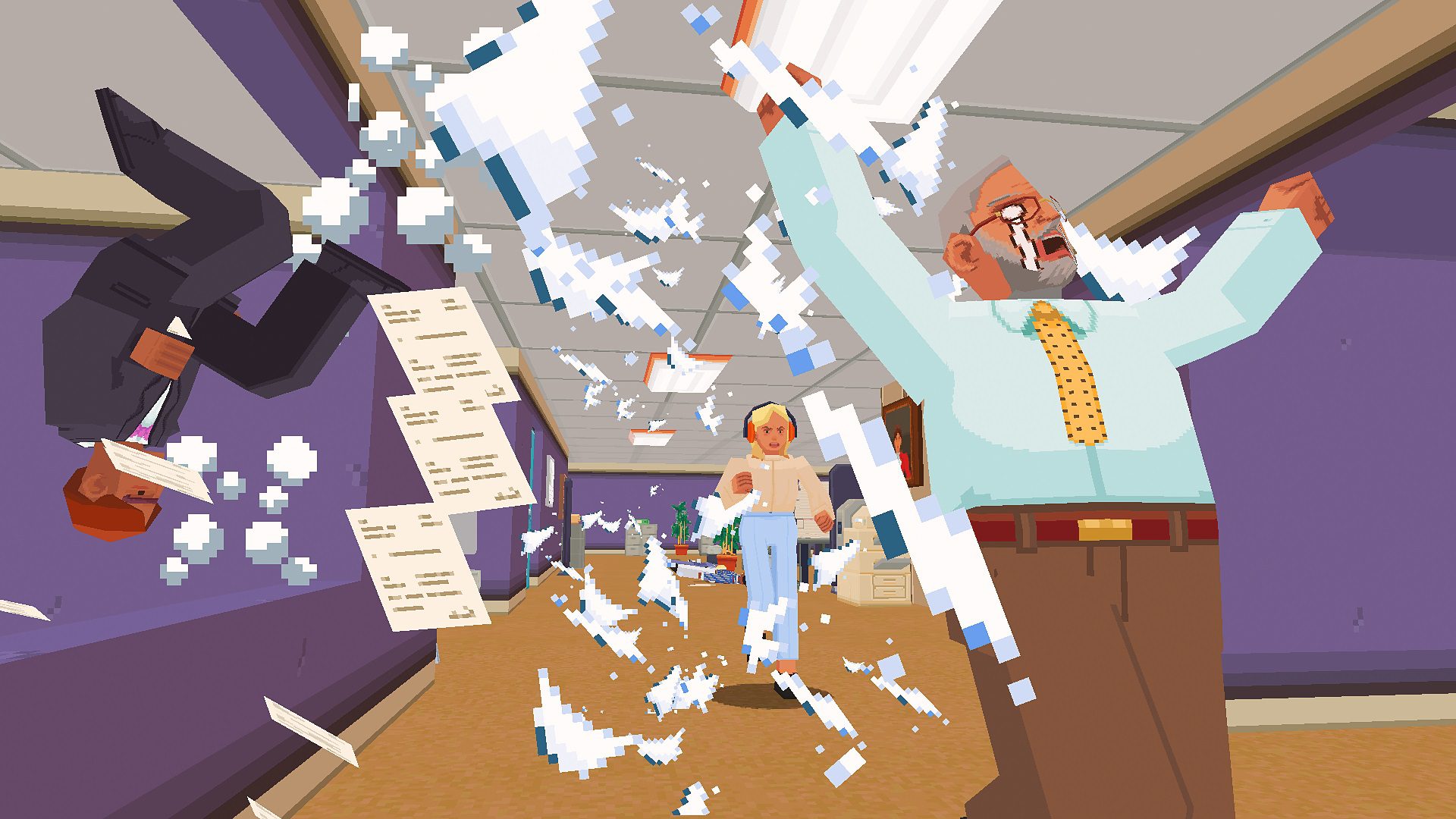 I don’t cover a ton of regular gaming news, so if you see my name in the article you can just assume it’s going to be in the running for Greatest Game Ever. I have an eye for this sort of thing.

At 33 years old, Say No! More is exactly the kind of game I need in my life. And as mentioned in the headline, I need it now.

This one-button, on-rails game sees the player navigate the traditionally yes-oriented office space with new perspective. Self-help cassettes have given this bullied intern the ability to say NO to thwart the evils of social pressure, societal hierarchy, and asinine work tasks. As you stymy coworkers you’ll gain new cassettes, bolstering your NO’s into longer, more powerful spells. Get your FUS-NO-DAH! on, folks.

The game looks like that clever mix of wacky and fun with a dash of a good message thrown in, which is where it hits home for me. Around age 30 I decided I was going to stop doing things I didn’t want to do, and instead do what I wanted. “Friends” I didn’t really even like were dumped, social activities I hated were ignored, and I just started to do what I wanted instead of what everyone else wanted me to do.

Say No! More will teach us all a valuable lesson in just saying no later this year for PC, iOS, and Switch.

[Thanks CJ and Hakkurei for the tip!]