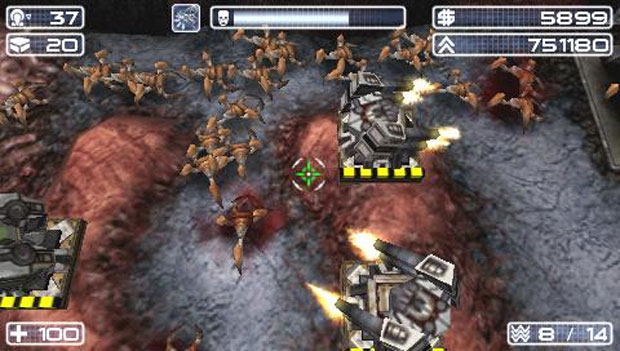 We’re gonna need a bigger can of Raid! Sony has announced that Savage Moon, the bug-infested tower defense in space title, is soon making its way to the PlayStation Portable.

The title is being designed specifically for the PSP, which includes adding a “Tactical Skills” menu in addition to the game’s “Command Skills” control.

No word yet on release date or price. What would you be willing to pay?