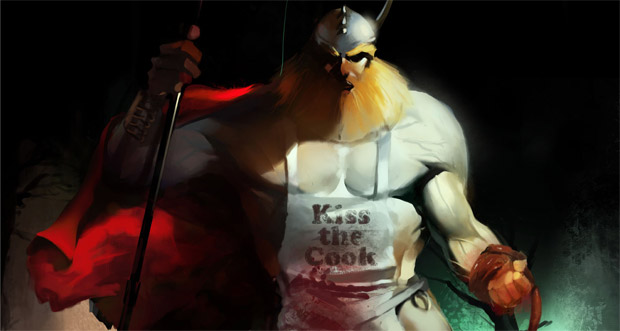 Ronimo Games has been working on a new single-player story campaign for Swords & Soldiers that’s due out next week on Steam. They had my attention with the expansion’s name, “Super Saucy Sausage Fest.” Then I saw the badass poster art and had to share the news.

You’ll command the forces of Chief Meat across ten levels as he travels to the annual Super Saucy Sausage Fest in hopes of winning its grand prize: 1,000 cows. The DLC also throws in a new challenge mode, Boulder XL. At a price point of two dollars, I’ll probably have to give this a go.