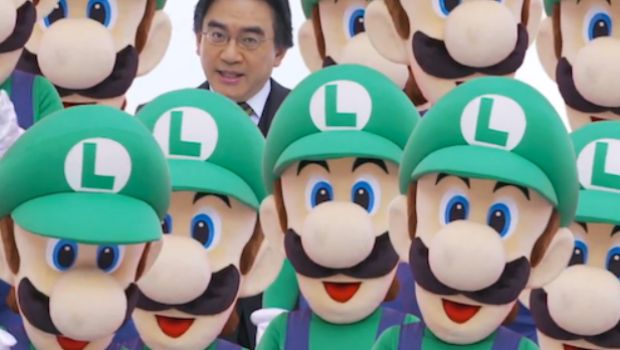 Seems we may be seeing a lot more of Nintendo global president Satoru Iwata in the near future — he’s just been given a new job alongside his current duties, becoming CEO of Nintendo of America.

The new position was revealed in Nintendo’s financial report, where it confirmed Tatsumi Kimishima was being promoted from NoA CEO to shareholder, and Iwata was taking his place. Presumably, Iwata shall make his new home in Redmond, Washington, where he will bring all the bananas and Luigi clones he has in stock.

“The move will support the company’s unified global strategy, allow streamlined decision making and enhance Nintendo’s organizational agility in the current competitive environment. Reggie Fils-Aime will continue in his role as president and COO of NOA, reporting to Iwata.”

Certainly an interesting move. Iwata is well known to Nintendo fans, far more so than Kimishima, and a changing of the guard may do well for a highly criticized wing of Nintendo’s operations. I think “languishing” is a word that best describes NoA in the past few years — here’s hoping a Hot Iwata Injection can perk it up.