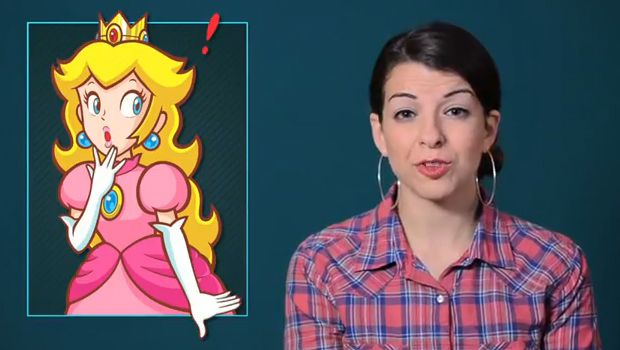 Well, here’s the moment you’ve all been waiting for: Anita Sarkeesian’s first Tropes vs. Women in Video Games has been released, and I’m pleased to say, it’s a much better effort than the factually inaccurate Bayonetta video.

Anita takes a journey through media, showing examples of Damsels in Distress throughout history, including old films, cartoons, and television. This episode heavily focuses on Princess Peach, explaining the history of the character, and her role in the Mario franchise, as well as Princess Zelda.

She posits that Zelda is sometimes stronger than Princess Peach, and doesn’t always play the damsel role — using the phrase “the helpful damsel” and calls her key role in Wind Waker‘s final boss fight a “refreshing change.”

It’s nice to see Anita show at least one positive example of females in gaming, also explaining that the original version of Star Fox Adventures featured a strong positive role model before being converted into a damsel in distress in the final game.

Comments have been disabled, most likely due to the abuse Anita has gotten in the past. It’s a shame though, as it completely closes on the door on actual meaningful discourse.

Here in the open comments, what did you think of the video?