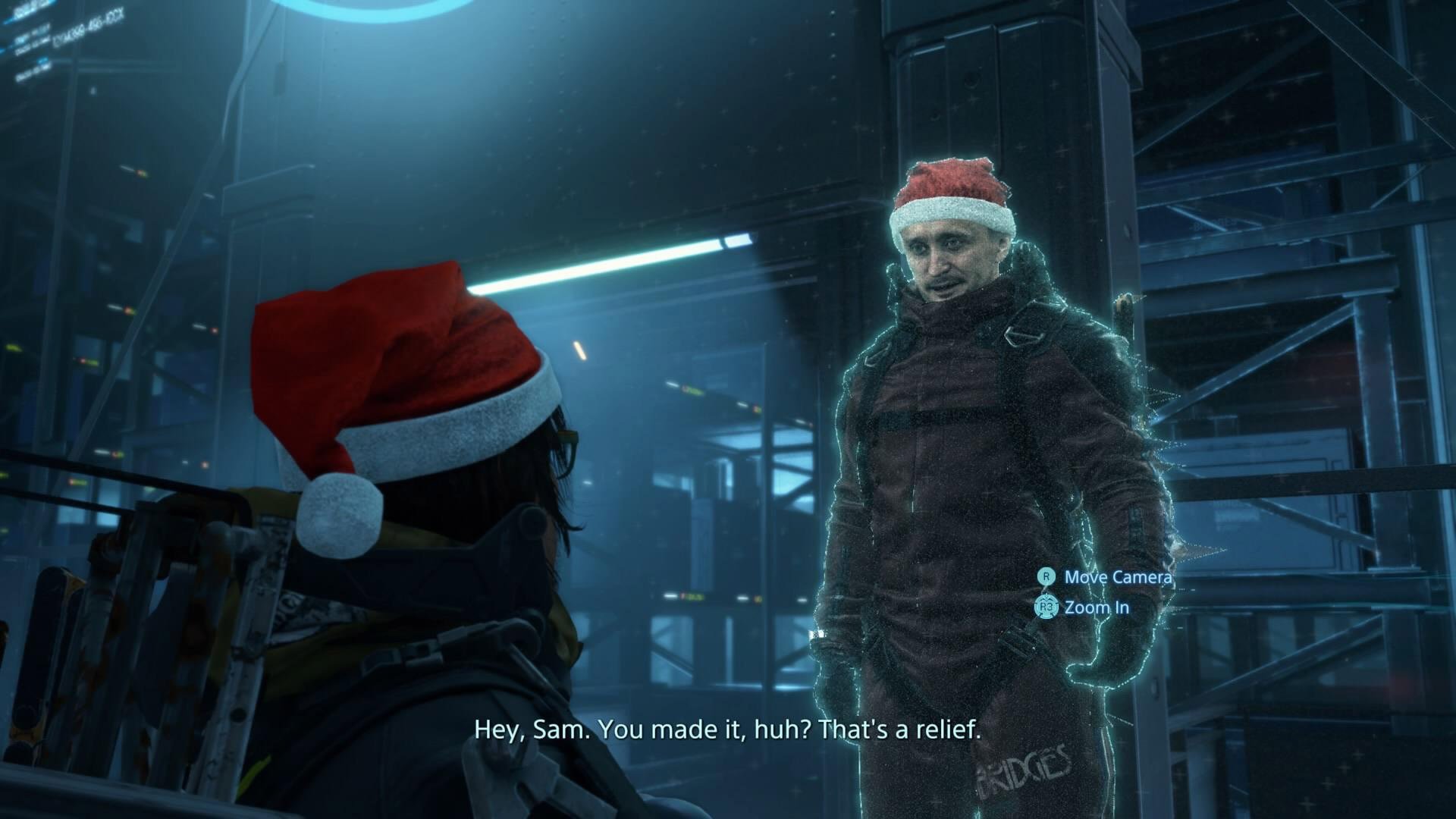 As spotted by redditor ashtinfay, some of the members of the Bridges extended family have begun showing their holiday spirit. Not every character is in the mood – I made a delivery to a Grinch in a late-game area who wasn’t wearing a Santa hat – but if you make the rounds, you’re sure to see someone.

As for Sam, his Santa hat was already available as an unlock before update 1.08, but it’s a surprisingly involved process. To keep this vague, you’ll need to rank up your connection with a pesky prepper. I haven’t done it yet, and I’m dreading it, but if there’s any time to do so, it’s right before the holidays.

What better way to spend Christmas than delivering presents for the UCA.