While most gaming fans were getting stuck elbows-deep into all of E3’s gaming news this weekend, over in Japan the Splatoon community fought it out in the Grand Finals of the four-week splatfest to determine the cutest Sanrio character.

It all seemed to be going the way of brand leader, Hello Kitty, when she bagged a huge 61% of the public vote. Then, out of nowhere, bandanna-sporting rabbit My Melody took both Team and Solo Play points – by one percent – to be declared the ultimate winner. What a shocking comeback!

Thus My Melody is the winner of the Sanrio Splatfest tournament, having defeated pals Hello Kitty, Pompompurin and Cinnamaroll to be declared the cutest Sanrio character. This is also a win for Marina. Although, to be fair, both finalists were originally Pearl’s picks, so she kinda owes this one to the Queen of the World. 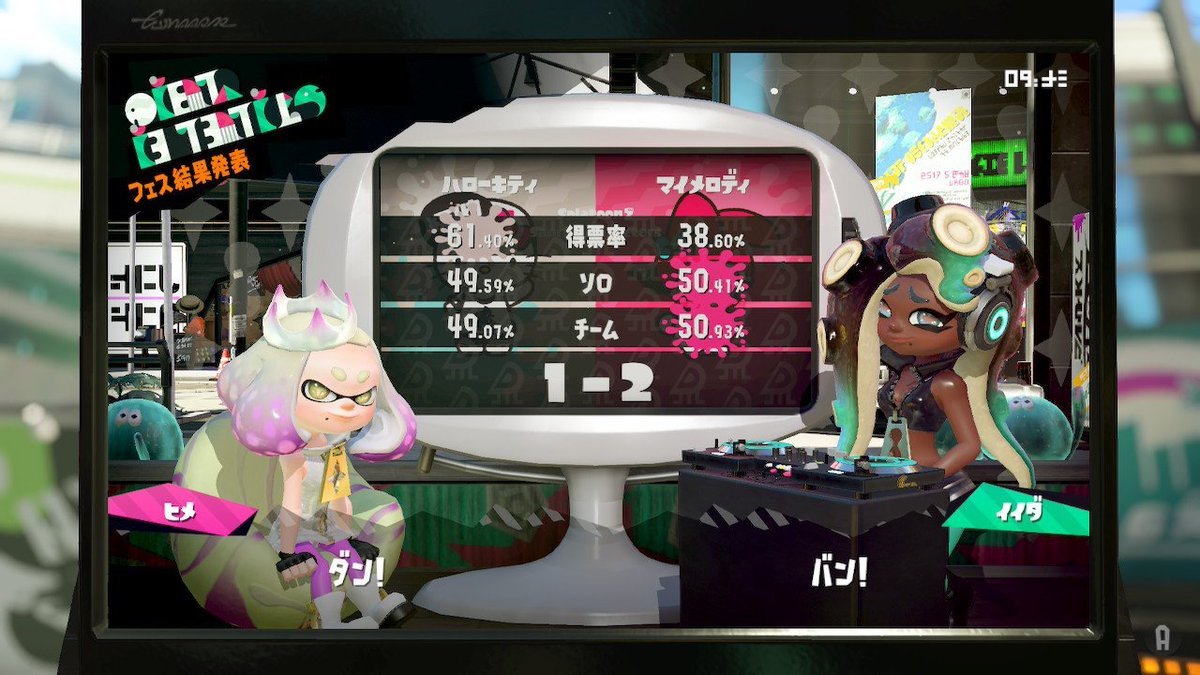