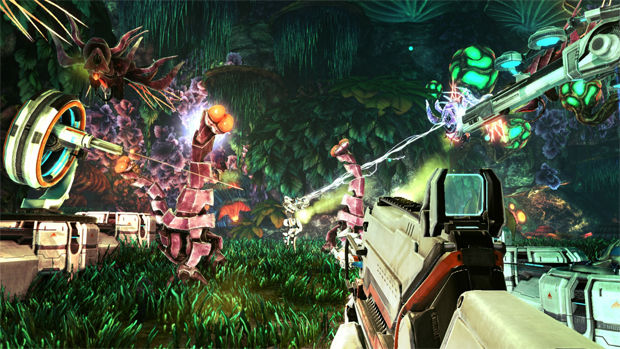 Another patch is live on Steam

The developers of Sanctum 2 are really taking criticism to heart. As Patrick spoke about in his review, he was frustrated that resources would drop at each level’s core, introducing a level of tedium brought about by running back and forth constantly. Also, the lack of resource sharing between players is frustrating, since you often times will find people stealing materials, and the lack of feedback when upgrading towers was puzzling.

Thankfully, Coffee Stain Studios has addressed all of these major issues in today’s patch. Players now automatically gain resources at the end of each round (thus, also avoiding the theft of materials from others), you can now share resources with each other, and tower upgrade requirements are now displayed on screen.

This isn’t the first major patch either, as less than a week after release, Coffee Stain was hard at work addressing some other issues, despite the fact that they’re already working on DLC for the game. I admire such tenacity, and it’s nice to see a studio actually listen to their fans. I would like a lot more fundamental emphasis on tower defense compared to the FPS aspect that Sanctum 2 brought to the table personally, but hopefully the developers will continue to fine tune their game and make it even better.