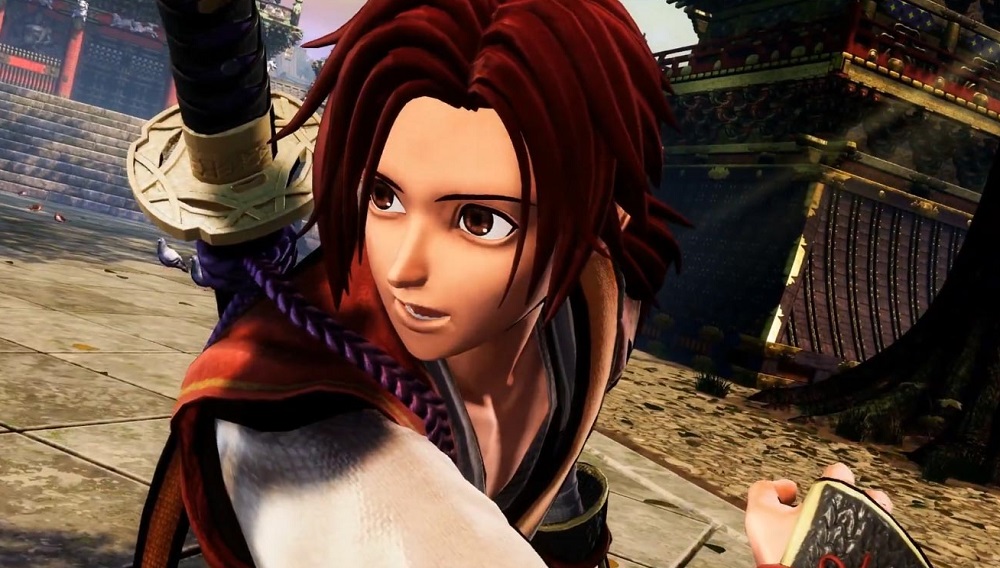 SNK has announced that free DLC character Shizumaru Hisame will come singin’ in the rain (of blood) to their fantastic fighter Samurai Shodown next week. Best of all, Shizumaru will be a free download for all players.

Shizumaru – who made their first appearance in 1995’s Samurai Shodown III – is an amnesiac orphan, who young life has already been filled with more horror and insecurity than anyone should have to suffer at such an age. Admiring the skills and wisdom of series protagonist Haohmaru, Shizumaru has mastered a fighting style which utilise both a razor-sharp short sword and his trademark folding umbrella.

Despite his cute, timid appearance, Shizumaru’s quiet demeanour belies a terrifying dormant demon that dwells within him. Much like King of Fighters’ Leona and Iori, Shizumaru has to work hard to prevent this destructive bestial side from manifesting within, instantly changing him from a shy child into a blood-lusting monster.

Samurai Shodown is available now on PS4 and Xbox One. PC and Switch ports are expected in future.